Universal Pictures Is Rebooting ‘Shrek’, At Least In Theory

I feel almost like a broken record writing “XX is being remade” or “XX is being rebooted”. There’s only so many ways you can word those pieces, until your brain starts to cave in. Yet onwards and upwards we go, finding unique slants to cover the news. We want to keep you informed and entertained, after all. Today then proves to be a special day. One where not only does the voice of public opinion mater (it’s Midterm Elections day), but some news dropped that’s slightly confusing. In a fun and weird way. Variety tossed out the news that Shrek and Puss in Boots are in line for reboots. Or at least that’s how they’re reporting it.

Universal Pictures has tapped Illumination Entertainment founder Chris Melendrandi (Despicable Me) to spearhead the project. That’s because Comcast, Universal’s parent company, bought DreamWorks Animation back in 2016. It’s what Meledrandi said that leads to this story’s weirdness. “When you look back on those vocal performances they’re awesome, and while you certainly could make a case for a complete reinvention, I find myself responding to my own nostalgic feelings of wanting to go back to those characterizations,” he says in a Variety profile piece. “The challenge for us has been to find something that really does feel like it’s not simply yet another film in a series of sequels.”

Ok, so he wants to bring back Mike Meyers, Eddie Murphy and Antonio Banderas back. Makes sense. That last sentence seems, off. To say the least. It doesn’t read as “rebooting”, per se and just making sure the next film isn’t stagnant or stale. Which should be the hope for any sequel. Ever. Yet there’s never a clear cut indication that anything is even “officially” under way. Variety even explicitly states Meledandri “hasn’t cracked the code on Shrek”. Indicating either this is a long ways off and Universal is merely gauging fan reaction or they legitimately have no idea what they’re gonna do with this project.

Bringing back the Shrek franchise isn’t an altogether bad idea. Many fans of the original likely have kids now, opening up the franchise to a whole new generation. Plus, Pixar has famously dragged their feet when it came to proper sequels and still turned a sizable profit, in the process. If the original voice actors are brought back on board, a continuation may be welcomed. Bringing them back to tell a new story that starts from square one? Well, that opens up a brand new, almost uncharted avenue. Like asking George Clooney to return for another Batman movie, that has no continuity ties to Batman Forever. It’s an almost audaciously boneheaded move. Yet, if it brings in massive amounts of cash, no one will care and a strange new age will be upon us. Hopefully it’s just a direct sequel. Most would be ok with that.

What do you think about all this? Are you clamoring for more Shrek adventures with familiar voices? Could you get behind an all new film that doesn’t feature them? How do you feel the quadrilogy holds up these days? Make sure to reveal your heart’s darkest desires when it comes to the Shrek series, in the space provided below. Since there’s no clue what comes next with all this, we’ll keep humming Smash Mouth’s “All Star”, until more news becomes available. 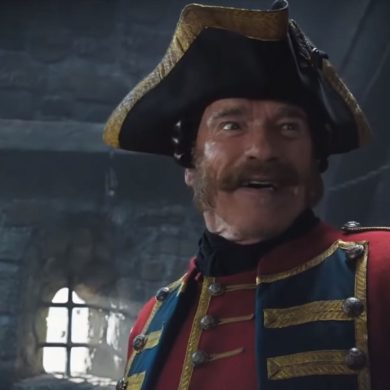