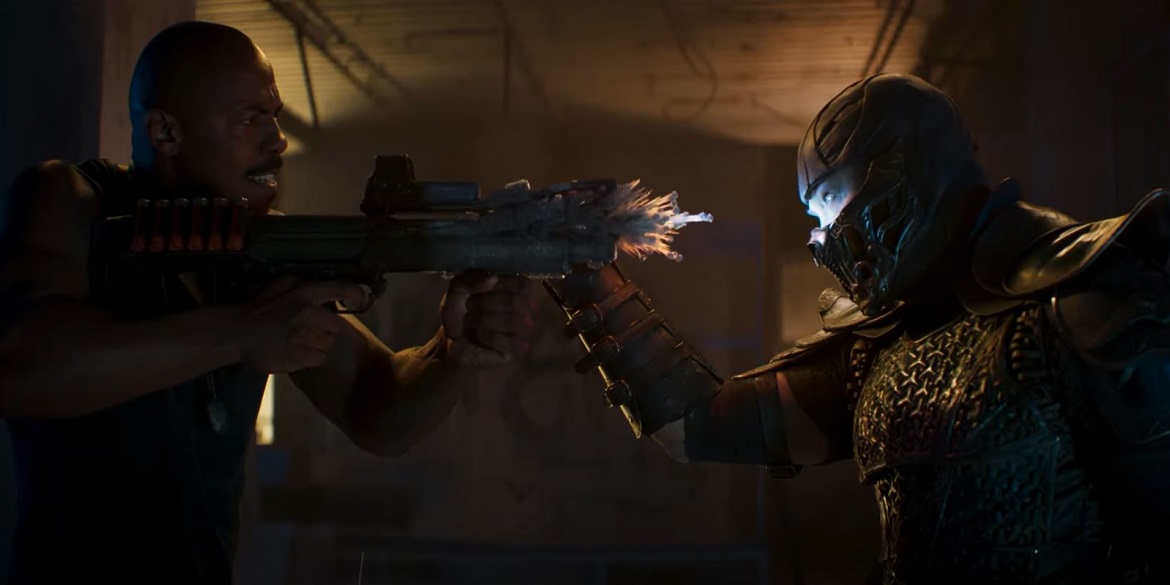 In the pantheon of things to warm millions of hearts during the winter, no one may have expected a Mortal Kombat trailer to do the trick. Yet, here we are, in 2021, with that happening. For a while there’s been teases here and there for the James Wan produced flick. With a promise of being a “hard R”, a movie made for fans and wildly bonkers, who couldn’t be excited. Well, the moment is here and this trailer, it definitely has something for everyone. If that something is blood, action and characters galore, that is.

Listen, this is a Mortal Kombat movie, you know what it’s all about. To keep with tradition, here’s the official synopsis, covering the “story” of it all:

“MMA fighter Cole Young (Lewis Tan) is unaware of his heritage – or why Outworld’s Emperor seeks to hunt him down. Cole finds sanctuary under Lord Raiden (Tadanobu Asano) and prepares to stand with Earth’s greatest champions against the enemies of Outworld in a high-stakes battle for the universe. Will Cole be able to unleash his arcana in time to stop the Outworld once and for all?”

More often than not, when a trailer gets the “red band” treatment, it can give you pause. Are marketing execs showing ALL the best and bloodiest bits to pull you in? The answer is often yes, but in the case of Mortal Kombat, hopefully it’s not the same. Hopefully, because the level of carnage and insanity on display is awe-inspiring. The kind that makes you wish by April, you could safely be in theaters with friends, as this looks to be a great “seeing it with a crowd” experience. Even if the rest of the movie falls flat on its face.

Looking past all the gore for a moment (as hard as that may be), the look of this film is fantastic. Widescreen vistas. Different battle stages. An attempt to control and contort the unwieldy mythos of the MK universe, into something that makes sense. There’s a scope and feels that both unexpected and enough to get even people who aren’t fans of the video games interested. That’s a big get. Plus, throwing in names like Joe Taslim, Tadanobu Asano and Hiroyuki Sanada let’s you know the international audiences (and action fans) will be happy.

What did you all think? Was there enough wanton destruction, for your liking? Did you see enough of your favorite characters or special moves, on display, to sell you? Without knowing the exact runtime of this movie, this feels both like too much and not enough for one film. That’s a good thing. Should this be 90 minutes, it’ll be jammed pack full of action. If it’s over 2 hours, the story might be fleshed-out to the point of being rather compelling. In the end, it’s a giant new Mortal Kombat film and that’s pretty cool. Everyone will get a chance to see who emerges victorious from the latest tournament, when Mortal Kombat blasts its way into theaters and onto HBO Max, starting April 16.