This week we’re discussing the the massive IP-filles powerhouses that are Detective Comics, Lucasfilm & Agatha Christie…

The ACCU (Agatha Christie Cinematic Universe) is coming! Next year we will get the sequel to 2017’s ‘Murder on the Orient Express’. The film will once again be directed by and star Kenneth Branagh as Hercule Poirot. This time though, he will be joined by Gal Gadot and the recently announced Armie Hammer. The story will involve the world greatest detective, a love triangle… and Murder! ‘Murder on the Orient Express’ was a fine enough little mystery. So i’m hoping ‘Death on Nile’ will be also an enjoyable time. With Armie Hammer & Gal Gadot involved though, we definitely be sure that this will be one handsome movie. ‘Death on the Nile’ opens December 20, 2019.

Directors Announced for ‘The Mandalorian’ Series

Just a few days after announcing the name and plot details for the first ever Star Wars live action TV show, production is officially underway. The show will be written by Jon Favreau, who will also serve as exec. producer. It sounds likes the new series will mainly focus on the bounty hunters of the galaxy. Namely one Boba Fett looking alike. It will also take place in the outskirts of Star Wars world, which will keep all Empire & First Order plot points minimal. I think both of those ideas are actually quite smart. The latest intelligent thing Lucasfilm announced is their directors list for this new 8 episode show. The first episode will be helmed by Dave Filoni. He is best known as the creative force behind Star Wars: The Clone Wars & Star Wars Rebels. Other directors include Deborah Chow, Rick Famuyiwa, Bryce Dallas Howard, and Taika Waititi. No one knows yet if this show will be good, but Kathleen Kennedy & Jon Favreau seem to be making all the right moves so far.

Maybe it was Warner Bros. wanting to give the world a better look at a film they’re really proud of. Maybe it was the last ditch effort by the studio to convince everyone that this DCEU movie will be different. Either way we got a supersized trailer for the new ‘Aquaman’ film that comes out in December. It feels very much like a normal trailer that basically allows two extended scenes to play out. One showing a more joke-filled, fun side than we normally see in DC films. The other scene was a pretty imaginative action set piece that gives the world a proper introduction to Black Manta. I might end up regretting this statement, but i’m not excited for ‘Aquaman’. It looks like Justin Lin has a very clear vision of what we wants to accomplish with his Arthur Curry film. Also, Jason Momoa seems to be playing this character in a way that I find very odd and interesting. I’ve been burned by DCEU films in the past… a lot. But I remain ever hopeful.

Venom is out and it will set box office records this week. Good for Tom Hardy and his voice. The important questions remains though; is it any good? Of course it’s not! You’ve seen the trailer, you knew it was always going to be a disaster. Check out Adrian Torres’ review and read why it is at least a kind of fun disaster.

A Star is Born Review

The other film that debuted this week in the latest adaptation of ‘A Star is Born’ from Bradley Cooper and Lady Gaga. I had been looking forward to this musical all year and it really delivers. The songs are all great and in true musical fashion tell the audience just as much about the characters as the dialogue. In short, it’s delightful. Run out and see it quick, because the backlash to this movie WILL happen.

New Spider-Man: Into the Spider-Verse Trailer is Here

Don’t sell all your Sony stock just yet. Yes Venom was a disaster. However Sony animation has a film coming in December and it looks sublime. It’s looks like they crossed deadpool with ‘The Lego Movie’ which makes sense as Phil Lord is one of the screenwriters on the project. It may seem like the studio is lost but i’m hopeful Miler Morales and Spider-Gwen can lead them home.

Black Mirror to Have and Interactive Episode

Netflix announced they plan to have “Choose Your Own Adventure” style episode of the sci-fi show next season. We truly are in an age of new media. I have no idea if this will be any good, but it will be fascinating to watch. Also, it’ll be nice to give the characters a nice ending in an episode. 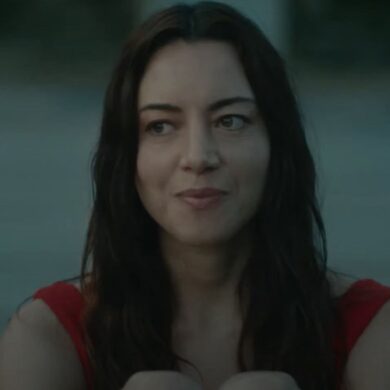