CBS All-Access will not stop until they get $5.99 a month from me. First they came with a awesome new Star-Trek series. Then They announced Captain Picard will get his own spin-off starring Patrick Stewart. Now we have word that the Jordan Peele produced ‘The Twilight Zone’ remake will actual use the actor turned director as the host of the new show. The announcement was made via a very fun video using the iconic Twilight Zone introduction. Peele will step into the role made famous by Rod Serling. Sterling was the creator of the original series that aired in the late 50’s & early 60’s. No word yet on whether Peele will write or direct any episodes of the new series. But I think everyone in America hopes he will bring his creativity to another dimension.

Bryan Singer had a bad 2017. First off, he was fired from the Queen biopic ‘Bohemian Rhapsody’ due to alleged unprofessional behavior and clashing with star Rami Malek. Also, it seemed that Singer would finally be made to answer for the longstanding rumors that have existed about him abuses underage males. That never really happened and it was also decided that Singer will retain the directing credit on ‘Bohemian Rhapsody’. This week, Millennium Films announced Singer was their choice to helm to a ‘Red Sonja’ remake next year. Apparently, the controversial director has the Devil’s luck.

You have to also wonder what Millenium is thinking. Why wouldn’t they want a female to head up this female lead story? It was clearly the right move for ‘Wonder Woman’ and you’d have to assume that’s the inspiration for the remake. Also, if we remove the allegations against Singer (not saying we should), he was literally just fired from a film for holding up the set. This seems like a disaster waiting to happen.

When the release calendar loses one spy story, it gains another. We found out that James Bonds latest adventure is being moved to 2020. Matthew Vaughn’s ‘Kingsman 3’ has stepped into that release date and we will see if the franchise can continue in their incredibly successful ways. Both ‘Kingsman’ and it’s sequel have been huge successful. The franchise has made over $800 Million so far. They are also terrible films and a waste of all the talent involved. At least that’s my opinion. One would assume this this movie will continue the story of Eggsy and Harry Hart and star Taron Egerton, Colin Firth & Channing Tatum. We will know for sure next November when ‘Kingsman 3’ is released.

Our own EIC Adrian Torres is in Austin this week and giving us all of his thoughts from Fantastic Fest. He was in attendance for the America Premiere of David Gordon Green’s ‘Halloween’ and gave his thoughts on the sequel. Unfortunately it will be a month until the rest of us find out if he agree with him, but check out his review above and allow the hype to take you over.

You’ve seen the trailer. You love the trailer. Watch it again, because it looks great and Brie Larson is a national treasure.

Cary Fukunaga is trying to show the world he is not difficult. No better way to do that than to take over a film right after Danny Boyle was booted out for “creative differences”. Will Fukunaga make the next great James Bond film? Or will this become like ‘It’ & ‘The Alientest’ and join the long list of projects Fukunaga never finished? 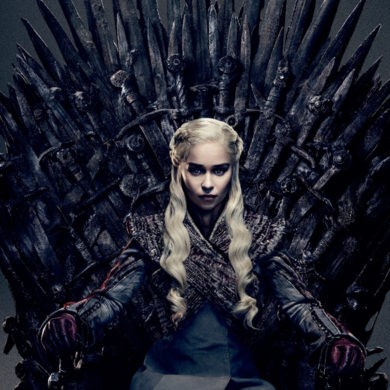