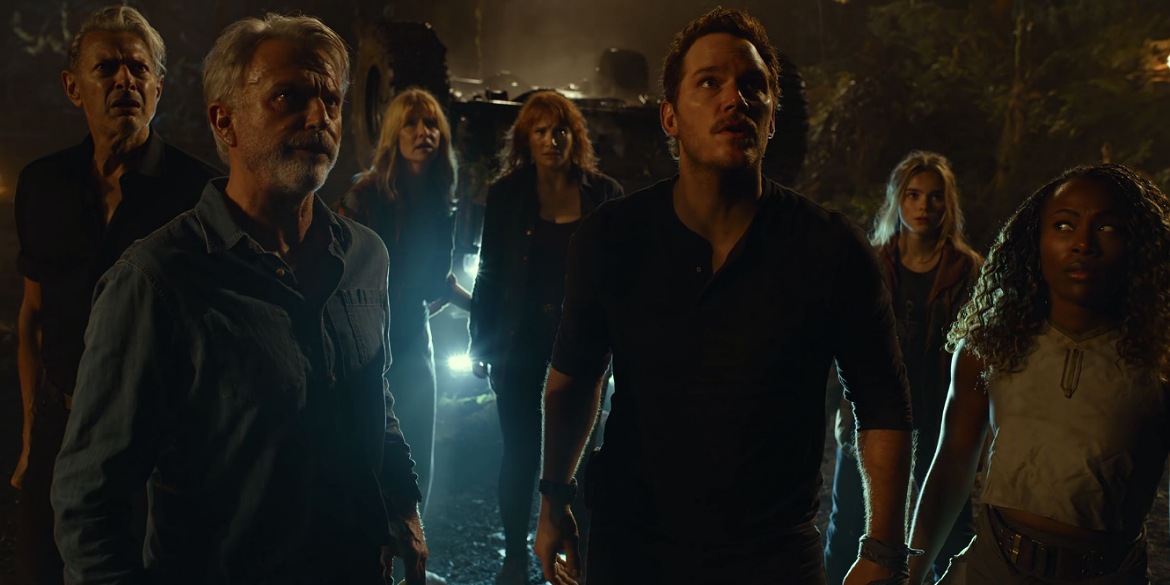 There are some movie series that get your blood pumping. Be it mention of their name, a music swell, or an image that gets you excited. Especially when it comes to the announcement of a new sequel (even if the last couple of entries have had their issues). Well, after a few teases and what seems like a long wait, a new Jurassic Park is about to be released upon the public. Welcome, to the official trailer for Jurassic World: Dominion! Buckle up, this one is a tad long.

For you archeologists out there, there’s the unearthed official synopsis for the film:

“From Jurassic World architect and director Colin Trevorrow, Dominion takes place four years after Isla Nublar has been destroyed. Dinosaurs now live—and hunt—alongside humans all over the world. This fragile balance will reshape the future and determine, once and for all, whether human beings are to remain the apex predators on a planet they now share with history’s most fearsome creatures.”

There’s a solid chance that lots of people would agree that the Jurassic World leg of the Jurassic Park franchise has been something of a mixed bag. Both the initial film and Fallen Kingdom featured thrilling and massive set pieces, let down by bad dialogue and characters. Although, Fallen Kingdom did garner a fair amount of better praise than its 2015 counterpart. This partially due to the 3rd act that gave the film a kind is gothic horror bent. Not exactly the phrase most would associate with a movie about dinosaurs. Yet this is Jurassic Park, so there is always going to be a bit of goodwill built into any outings. As evidenced above, Jurassic World: Dominion still has a lot of futile ground to cover and new creatures to introduce.

As for the trailer itself, it’s also somewhere in the middle. There’s just so much going on. Dino’s existing in the human world. Owen (Chris Pratt) cattle ranching herds of Dinosaurs. Blue with a baby raptor. Not to mention going big on giant spectacle and the “legacy sequel” aspect of this film. More than most other attempts at such films, Jurassic World: Dominion is upfront about things. Never attempting to hide the return of Jeff Goldblum, Laura Dern, and Sam Neill. Promising that they will be integral to the storyline. Other than that the part of the trailer that deserves the most attention is the newest baddie in the scene. A colorful apex predator with wings? Yes, please. At this point, nothing is off the table.

Of course, as exciting as this all is, there’s still a wait to be had. The question is, can you contain yourself? Will you fill the next few months slowly watching the preceding films? Or are you powerless and compelled to stage a massive marathon this week? Regardless of where you fall, it’s hard to deny that Jurassic Park fever is in the air. Ready yourself and mark those calendars for when Jurassic World: Dominion roars into theaters on June 10, 2022.