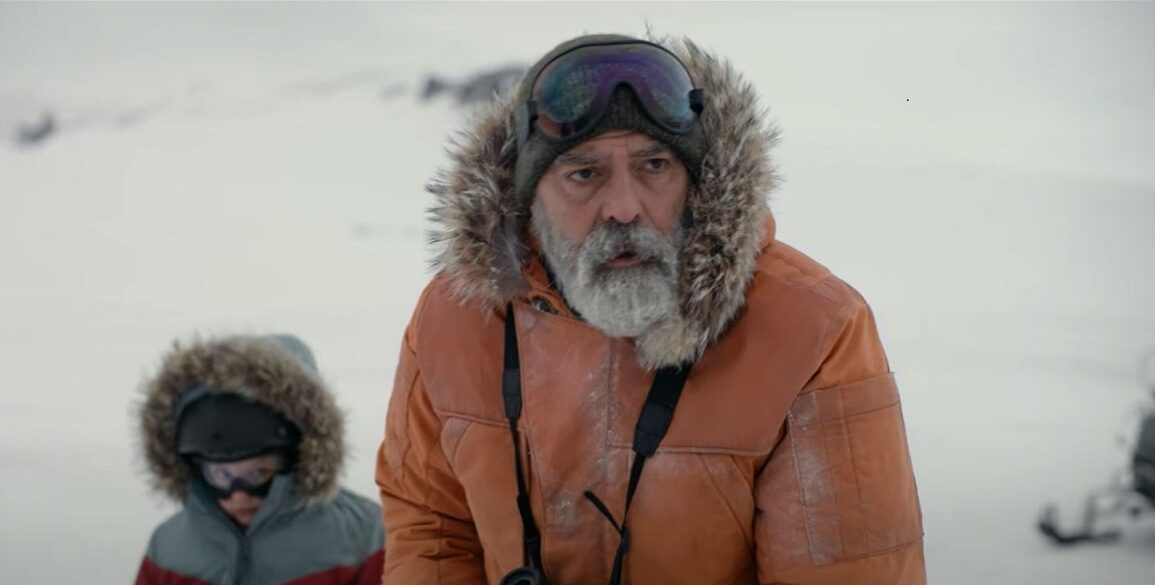 Trailers are weird. That should be something we can agree upon on a fundamental level. They exist to both inform people that a feature is forthcoming and get them excited by the prospect of watching said movie. That’s a given. The problem comes when higher ups and marketing execs give too much away in a trailer, feeling that’s the only way to hook people. In other words, if you’re interested in the upcoming sci-fi disaster Netflix film, The Midnight Sky, starring and directed by George Clooney, you might want to skip this latest trailer. It’s definitely plot heavy. Like really really plot heavy. Everything but the end of the movie. Plus, there’s Radiohead, depending where you fall on that scale.

If you skipped the video, there’s the official synopsis of the film, to being you up to speed:

“This post-apocalyptic tale follows Augustine (George Clooney), a lonely scientist in the Arctic, as he races to stop Sully (Felicity Jones) and her fellow astronauts from returning home to Earth, where a mysterious global catastrophe has taken place.”

Netflix wants to meet other big studios on equal footing, with the films it puts out. In order to accomplish that, they need to make a feature for every major genre. A star-studded, big budgeted, potentially wonky, sci-fi spectacle adapted from a book. Lily Brooks-Dalton’s The Midnight Sky accomplishes that. In addition, attaching someone of George Clooney’s calibur to the project, helps even more. For instance, should the film fail that’s ok. All Netflix has to do is make a movie like everyone else, to be considered a win. Yes, it’s a low bar, but a necessary one. Based on the visuals alone in this final trailer, The Midnight Sky makes a compelling argument to be seen on the biggest screen possible.

What do you think? Are you clamoring for a new Clooney film? Have you read The Midnight Sky before? Most importantly, as the streaming services tries to make headway everywhere, what kind of film do you want Netflix to make next? So far they’ve done a number of different genres, without going for big big blockbuster outings. In the past those “Netflix Originals” ended up being castoffs, from other studios. The more variety they end up making, the more normal they feel. They can still give auteurs blank checks, there just needs to be a middle ground between that and faux-Hallmark Channel offerings.

With all that’s happened to the entertainment industry in the past year Netflix stands at a weird precipice. Other studios are bringing their big films to the small screen. Altering the landscape going forward. Movies like this one need to be well received or they may have to change their model. The Midnight Sky makes its Netflix premiere, on December 23rd. Ample time to check it out before those other big studio’s films. Here’s hoping it’s good.