If the name Lars Von Trier doesn’t cause a mix of excitement, wincing or blood-curdling anger, you probably haven’t seen any movies by him. His latest offering, entitled The House That Jack Built dropped its trailer late Monday night and looks to be something of a doozy.

*Warning: This is a red band trailer & provides a notice about content within before the footage actually starts*

That looks like the correct level of debauchery and possible pretension that proceed all of Von Trier’s works. Filled with evocative imagery, it feels like this fits somewhere between American Psycho and Henry: Portrait of a Serial Killer. Though it readily lacks the dark humor of the former and looks to polished to match the latter. Von Trier isn’t unfamiliar with the subject, seeing how his 1984 effort, The Element Of Crime, dealt with a police detective on the trail of a serial killer. Either way, this has “divisive” and “problematic” written all over it.

If the above warning was enough to scare you off from viewing said trailer, till you’re in a more confined space, here’s the official synopsis to tide you over:

“U.S.A. in the 1970s. We follow the highly intelligent Jack through 5 incidents and are introduced to the murders that define Jack’s development as a serial killer. We experience the story from Jack’s point of view. He views each murder as an artwork in itself, even though his dysfunction gives him problems in the outside world.

Despite the fact that the final and inevitable police intervention is drawing ever near (which both provokes and puts pressure on Jack) he is – contrary to all logic – set on taking greater and greater chances. The goal is the ultimate artwork: A collection of all his killings manifested in a House that he builds. Along the way we experience Jack’s descriptions of his personal condition, problems and thoughts through a recurring conversation with the unknown Verge – a grotesque mixture of sophistry mixed with an almost childlike self-pity and in-depth explanations of, for Jack, dangerous and difficult maneuvers”

The House That Jack Built premiered Monday night at Cannes, with a showing that elicited the most opposite of takes imaginable. Reports started coming out shortly after the screening, citing that at least 100 of the attendees chose to walk out of the theater.  At the same time, those who stayed showered the film with a standing ovation. Looking over the initial reviews, it appears that split spills over to the critics as well, who characterize a viewing as difficult, but apparently features an ending that recontexualizes the majority of the film.

Von Trier isn’t immune to controversy. In fact, the large majority of his career is built upon that foundation. From The Idiots to Antichrist, Dogville and even Nymphomaniac, his films aren’t exactly know to be easy sit-throughs. Plus, when have polarizing views lead to anything other than good publicity and free advertising?

While no official date has been set yet, The House That Jack Built will be released in the US by IFC Films, sometime in the fall. Make room on your calendar if you think you have the stomach for this. 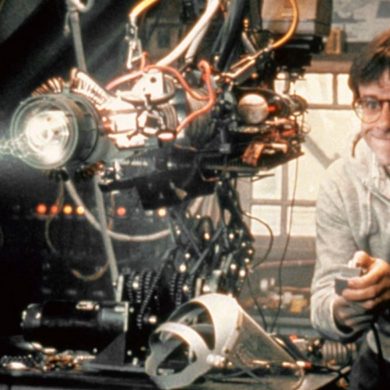