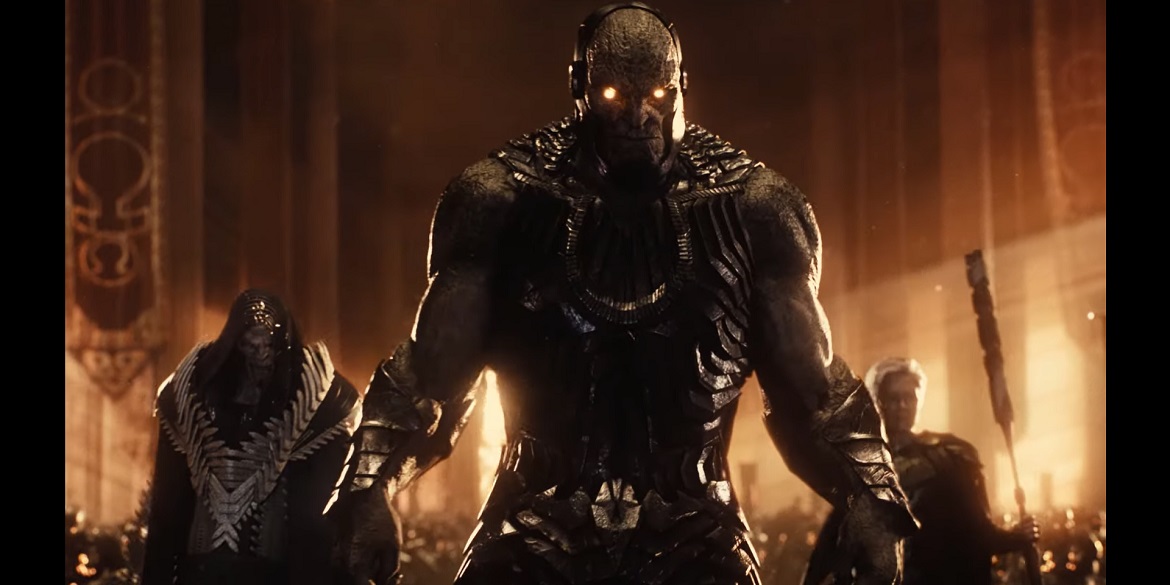 There aren’t a bunch if times where people wait with eager anticipation of a trailer. More often than not, it the marketing that makes you “think” a trailer may be the end all, be all of every trailer imaginable. Then there’s The Snyder Cut of Justice League. Almost everything surrounding the film, has been a bit different. From the money spent into getting it done, the groundswell of fandom yelling about it. Straight up up to the full trailer reveal, on Valentine’s Day. Regardless on what you may think about the project, you’re still going to want to check this out.

Is there a good chance you’ve already seen the theatrical cut of this movie? Sure! Yet, there’s a good chance a handy official synopsis might be the refresher you need:

“In Zack Snyder’s Justice League, determined to ensure Superman’s (Henry Cavill) ultimate sacrifice was not in vain, Bruce Wayne (Ben Affleck) aligns forces with Diana Prince (Gal Gadot) with plans to recruit a team of metahumans to protect the world from an approaching threat of catastrophic proportions. The task proves more difficult than Bruce imagined, as each of the recruits must face the demons of their own pasts to transcend that which has held them back, allowing them to come together, finally forming an unprecedented league of heroes. Now united, Batman (Affleck), Wonder Woman (Gadot), Aquaman (Jason Momoa), Cyborg (Ray Fisher), and The Flash (Ezra Miller) may be too late to save the planet from Steppenwolf, DeSaad, and Darkseid and their dreadful intentions.”

Where do you begin with the above. There’s a big delineation between the teases that Snyder himself had been rolling out on social media and seeing a bunch of this stuff, all in one play. Putting aside the overall plot (which, in the end will be important), just seeing new images is kinda wild. Having Darkseid just strutting around feels odd, but hey Darkseid is there and that’s wild. The little over two minutes of footage is crammed with so much information, that it borders on overload. Joker chatting with Batman. Iris West and Barry. Fighting fighting and fighting. With almost double the run time of Joss Whedon’s cut of the movie, it makes sense to see all these new pieces. Even if the jury has to be out for a bit, as to whether or not it all gels into something special.

Besides what’s seen above, the average person’s likely to walk away from this with a few questions. Number one of which is: “what’s up with the aspect ratio?” While that’s totally understandable to ask, the answer is slightly nebulous. Apparently, coming straight from Zack Snyder’s mouth, Justice League will be presented in 1.66.1. Otherwise known as “European Widescreen”. Black bars will be on the right and left of the screen making everything look taller. Also, according to Snyder, the movie was originally shot in 1.43.1 for IMAX verticality, so the above makes sense. To some, that might be annoying. Yet if you’ve made it through the infamous Game of Thrones “The Long Night” episode (the super dark one), you should get right at home here, as Fabian Wagner was the Director of Photography on both. Justice League at least seems to be the brighter of the two.

As is the case with these thing, what do you think, dead readers? Did what you saw in the footage here, get you super excited? Will you watch the Snyder Cut from a pop culture event point of view or a rabid fan? With just over a month until this gets released online, there’s still a chance more images could overtake social media. Should something we’ll let you know. In the meantime, it’s time we all switch and refer to this project, as the trailer tells us to do. Zack Snyder’s Justice League premieres exclusively on HBO Max, as one 4-hour R-Rated film, beginning March 18, 2021.