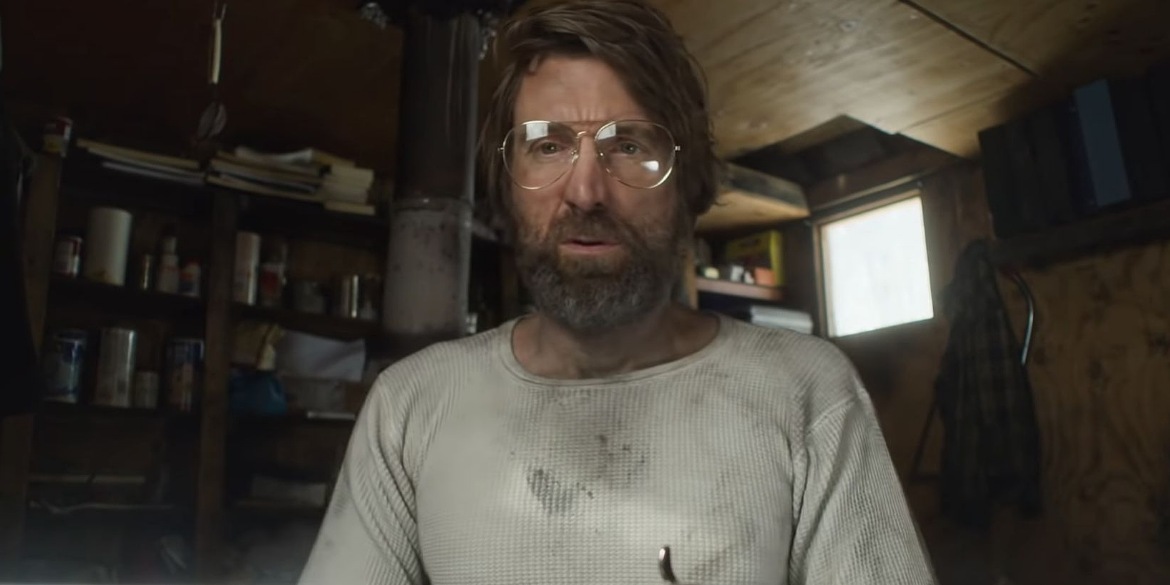 For several generations The Unabomer was the biggest and showiest serial killer around. At a time where the 24 hour news cycle was mad dashing to every big event, his wave of terror captured the attention of a nation. In the intervening years since his arrest in 1996 he’s been the subject of countless documentaries, mini-series and parodies. The one thing that’s been missing, if you were a completionist, is a movie based on his exploits. Until now that is. In a case of casting perfection, Sharlto Copley is dining Ted Kaczynski’s all too famous sunglasses and hoodie for Ted K. Try not to be more than a little creeped out here.

Here’s the basic synopsis for the film, that gives a small snapshot of whit it’ll cover:

“Ted Kaczynski, the infamous Unabomber, wants to destroy modern technology to create a world for himself in the Montana wilderness.”

The thing that makes Ted K interesting, is that way it’s shot. There’s a hazy gritty low-fi HD quality to some scenes with some crisper visuals here and there. Seemingly echoing the locations that Kaczynski finds himself in at that particular point in time. That “fly-on-the-will” aspect it likely to be the main selling point, but also the one that might confound people. Lite research shows that this seems to be in director Tony Stone’s wheelhouse, matching up with his previous two films. It also feels more than a little in the vein of Henry: A Portrait Of A Serial Killer. A comparison that will cause anyone who gets it to quake in their shoes.

True crime may be bigger now than it ever was in the past. Almost every streaming service is touting a new documentary feature or series or advertising poaching a series from another studio. There’s a fascination with serial killers and crimes that just never goes away. Yet another dramatization about the Unabomber may seem like a weird idea, but even if the film isn’t worth more than Copley’s performance, people will like up around the block, just to see what it’s all about. That goes for you too, when Ted K is released both theatrically and on VOD on February 18.