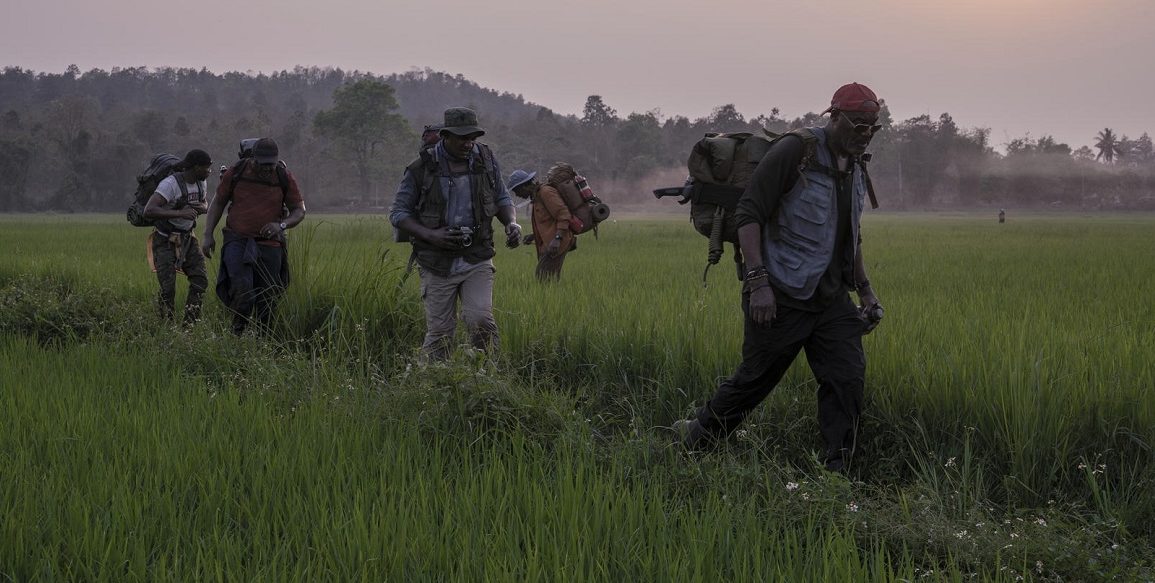 Netflix has gone and done it again. While the world is partially starved for new movies, Netflix is picking the right time, to show what they have up their sleeve. This times it’s a trailer for a new Spike Lee Joint. Yet not just one from him, but his co-Oscar winning screenwriting partner, Kevin Willmot. They’re teaming up for Da 5 Bloods. A feature packed with a bunch of big names and a lot on its mind. See for yourself.

Here’s the official synopsis, to help you sift through the footage:

“From Academy Award® Winner Spike Lee comes a New Joint: the story of four African American Vets — Paul (Delroy Lindo), Otis (Clarke Peters), Eddie (Norm Lewis), and Melvin (Isiah Whitlock, Jr.) — who return to Vietnam. Searching for the remains of their fallen Squad Leader (Chadwick Boseman) and the promise of buried treasure, our heroes, joined by Paul’s concerned son (Jonathan Majors), battle forces of Man and Nature — while confronted by the lasting ravages of The Immorality of The Vietnam War.”

First of all: wow. While the trailer does run a bit long, it clearly shows that Lee is firing on all cylinders. Everyone has a favorite kind of Spike Lee film and this looks like one of his more experimental takes. If the trailer is to be taken at face value. Shifting aspect ratios, for different time periods. Archival footage to help convey tone and fury. There’s a lot going on and all of it looks fantastic. Then, on top of that, you factor in a cast that has everyone from Chadwick Boseman to Delroy Lindo to Jean freaking Reno popping up. Since theaters are going to still be closed for a bit, Da 5 Bloods just became THE event film of the summer.

The big question that remains is, is this something you’re interested in? Is Da 5 Bloods a film you now are marking as film you can’t miss? Netflix can throw all the money in the world at someone like Lee, but if no one watches it, they might not be as quick to do so, in the future. Are you a big Spike Lee fan? Which of his is your favorite film? There’s no wrong answer, as his career is so varied, while certainly carrying a distinct voice. Let us know, down in the comments. Even though Netflix will be notifying everyone via email or popup notification, set a reminder for June 12, when this hits the streaming service. There’s a very good chance everyone will be talking about Da 5 Bloods, for months to come.