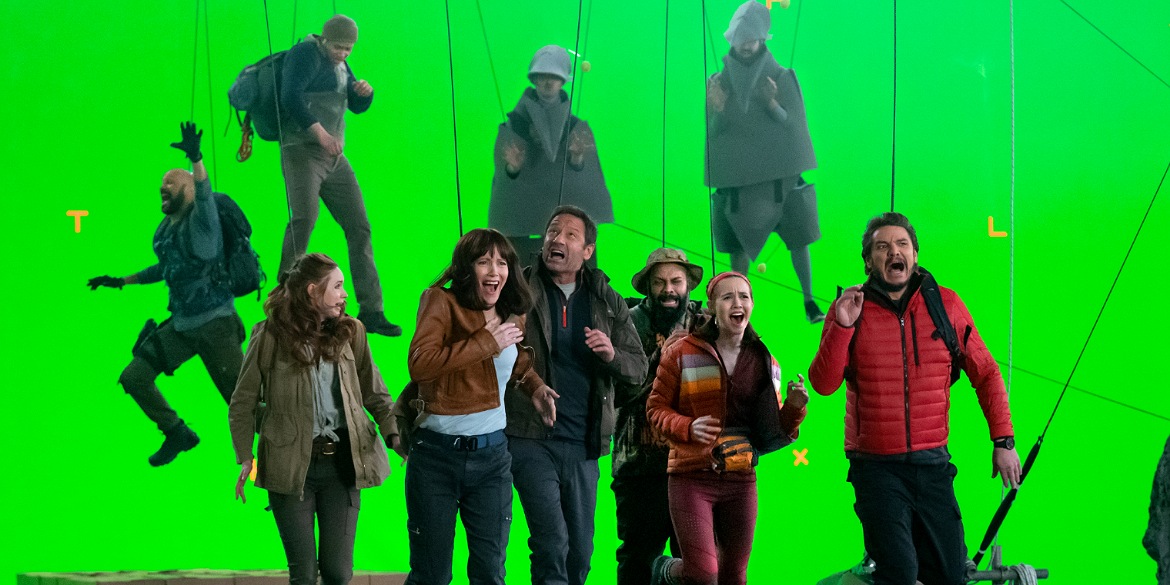 Over the last couple of years, Netflix has been drawing attention for a lot of its high-profile prestige pictures. The one’s the streaming giant wants to push, so that gobble up as many awards as possible. At the same time, it’s invested that same energy and money into comedies. Namely one star-studded affair by Adam McKay (Don’t Look Up) and another star-studded affair by Judd Apatow. The difference between the two projects couldn’t be more different. Don’t Look Up was a satirical “end of the world movie”. Whereas Apatow’s The Bubble is a film that won’t let us forget everyone just went through a pandemic. Here’s the first trailer.

Here’s the super short official synopsis for the film:

“A comedy about a group of actors and actresses stuck inside a pandemic bubble at a hotel attempting to complete a sequel to an action franchise film about flying dinosaurs.”

What’s striking about this trailer is the overall tone. Compared to the last couple of films Apatow has directed, The Bubble could easily be described as “goofy”. Not a bad thing, mind you when your cast includes the likes of Keegan Michael-Key, Fred Armisen, Maria Bakalova, and Peter Serafinowicz. That also helps the timely aspect of being a “pandemic” film go down a bit easier. Given that the initial onslaught of films made in the first year of Covid were all dour, maybe this is a good sign?

As for the content itself, films about the making of a film tend to be an easy slam dunk. When done right. With the little peek behind the curtain we got here, the skewering of Hollywood and its desire to endlessly mine properties for all they’re worth, could provide a mountain of laughs. Or it could fall totally flat. Which would mean even more people would check out The Bubble, to see if it’s that bad. It’s a win-win!

All joking aside, The Bubble does look like a great deal of fun. The thought of a movie on this subject that has a kind of lackadaisical improv-ish feel to it is really smart. That could be a giant miss, were it shooting for just box office success. At home on Netflix, The Bubble could end up being a background movie that a few minutes in turns out to be a hidden gem. Probably not. It’ll be a giant goofy mess that everyone has a good laugh at. With a release date of April 1, 2022, how could it not be? Not that there is anything wrong with that.