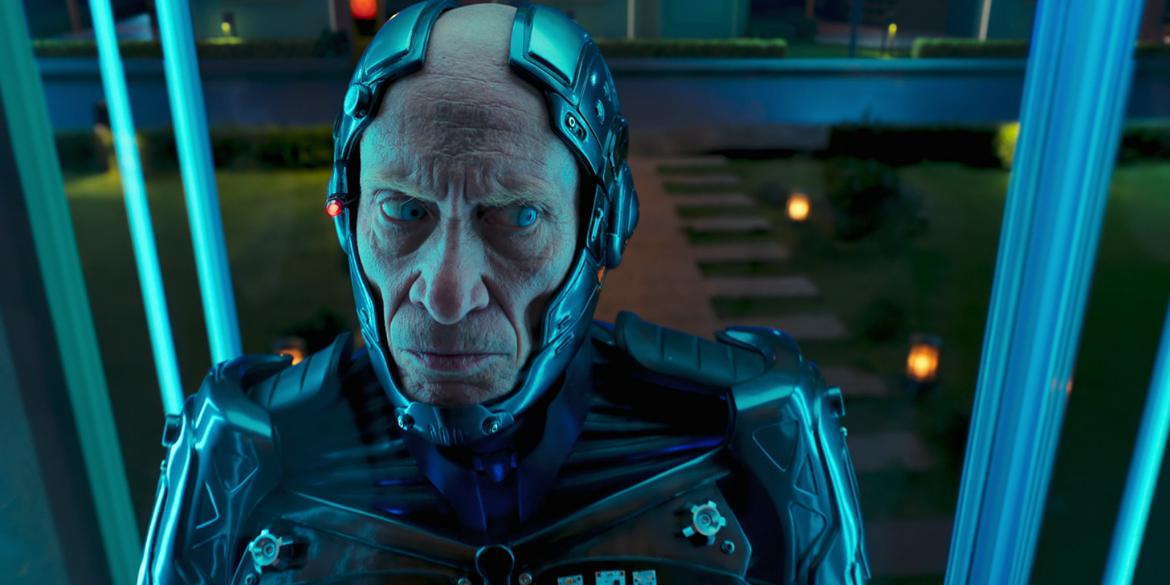 With a bajillion streaming services and the rise of new filmmakers everyday, sometimes there’s a swath of auteurs who get lost in the mix. The reasons can be varied as to why this happens, but the answer is simple…studios don’t invest in the movies they used to. Yet for every dozen directors that disappear, one or two get plucked from the rubble and given a new lease on life. Or at least a chance to direct a picture where their imagination runs wild. That’s the impression you’d get by watching the whimsical, odd and very much classical style that pervades over this first trailer for Jean-Pierre Jeunet’s Bigbug.

Understandably, even with subtitles there are a few instances where a plot synopsis is very much a helpful thing. Read on, unless you are allergic to slight spoilers. Even if they’re they kind that helps slight world building.

“In 2045, artificial intelligence is everywhere. So much so that humanity relies on it to satisfy its every need and every desire – even the most secret and wicked…

In a quiet residential area, four domestic robots suddenly decide to take their masters hostage in their own home. Locked together, a not-quite-so-blended family, an intrusive neighbour and her enterprising sex-robot are now forced to put up with each other in an increasingly hysterical atmosphere! While, outside, the Yonyx, the latest generation of androids, are trying to take over. As the threat draws closer, the humans look elsewhere, get jealous, and rip into each other under the bewildered eyes of their indoor robots.”

Netflix has to be something of a haven for acclaimed directors who fell off the map due to their expensive or elaborate styles, which is what makes the promise of a new Jeunet feature so exciting. His last full feature was in 2013 (The Young and Prodigious T.S. Spinet) and he’s spend the intervening years making several shorts. One look at this trailer though and it would appear that the acclaimed director is up to his old tricks. The bright colors and aesthetic here seem vintage Jeunet, long a master of making dreamlike visuals pop. What’s hard to tell is the overall tone. Things appear to get a bit slapstick in nature later in the trailer. Yet the same could be said of the potential overarching dread. You don’t have someone look like an evil de-masked Robocop and not fully embrace that. If anyone cane make it work, it’s Jeunet.

Perhaps the most curious thing about the trailer, is how it takes an approach eerily similar to most early covid-19 films. In truth, Bigbug was shot at the tale end of 2020. Yet, with the surrounding plot, it feels organic these characters  be stuck together. Rather than in the ham-fisted nature other features have struggled with. All this to say, as far as “bottle episode” films go this one looks to be a lot of fun. Thankfully, there’s not much of a wait for this film’s release! Bigbug starts invading homes, exclusively on Netflix, beginning on February 11, 2022. Just add it to your queue already.