The Final ‘Spider-Man: No Way Home’ Trailer Is Here & It’s Just As Crazy As You’d Hope 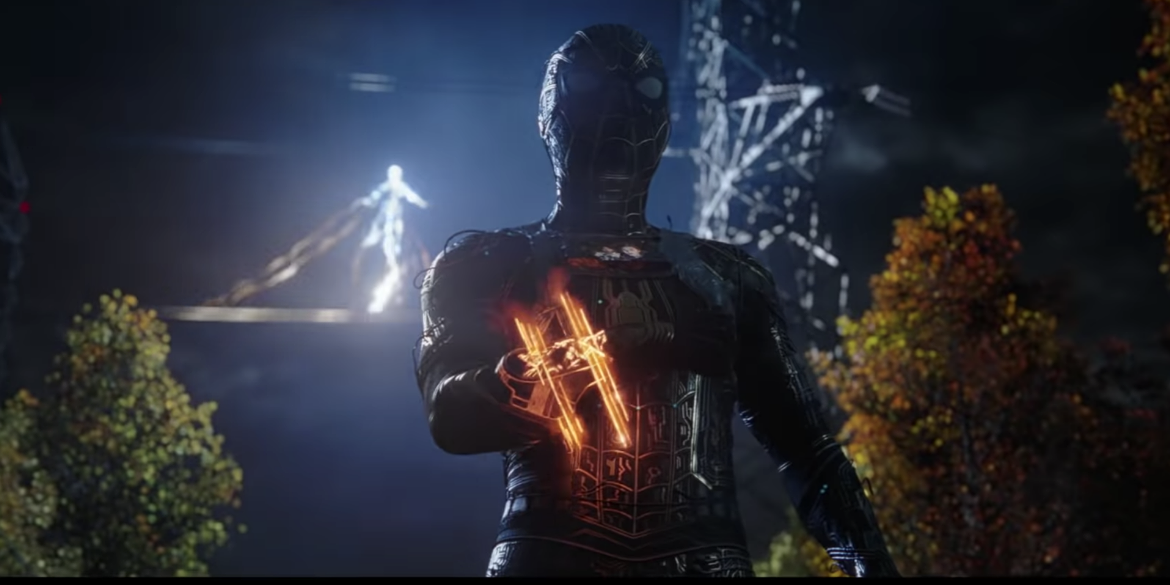 The moment has arrived. There’s have been teases. There have been posters. And there’s been anticipation. Now, the final trailer for Spider-man: Now Way Home is here. So, just clicky-click away to get to some hair-brained lite analysis.

Also, here’s the official synopsis, in case you can’t stream anything currently and want to read like the days of yore:

“For the first time in the cinematic history of Spider-Man, our friendly neighborhood hero’s identity is revealed, bringing his Super Hero responsibilities into conflict with his normal life and putting those he cares about most at risk.

When he enlists Doctor Strange’s help to restore his secret, the spell tears a hole in their world, releasing the most powerful villains who’ve ever fought a Spider-Man in any universe. Now, Peter will have to overcome his greatest challenge yet, which will not only forever alter his own future but the future of the Multiverse.”

Ok, that trailer was something. After all the build-up there’s probably a good deal of people who are upset or thrilled or elated. When the internet is littered with leaks, but two things happen. It all turns out to be true or savvy studio people make sure that mostly none of it appears true. For Spider-man: No Way Home, it could be both. Sure, there’s not multiple Spider-mans (spider-mens? Spideys? Spy-ders?) waltzing around. Yet would you really want to sully a moment like that on the small screen? No, not really.

What the trailer is happy to confirm and let out of the bag, is that Spider-Man is going head to head with a bunch of legacy baddies. We’re talking Doc Ock. We’re Talking Electro (with fancy new duds). Green Goblin. Sandman. Heck, they even allowed the 2nd Doc Connors to come back as The Lizard. Now, if you have rudimentary skills you know that makes 5 villains. Putting things one shy of the Sinister 6. Yet, eagle-eyed viewers may have noticed there appears to be two variations of the green goblin floating around (Dane DeHaan, perhaps?). The other direction isn’t so much of a formal 6th option, though Doctor Strange does seem to be an antagonist of sorts, at points in the trailer. Abstract villains can still be villains. Or this is all an illusion brought on by a still-living Mysterio? Anywho…

Out of all the busy bits in the trailer, there’s one major element that stands out above the rest. Strange mentions to Peter that the one commonality all of these villains share, is that they died when facing Spider-man. It’s hinted that they may need to die again, for universal order to fall into place. Of course, Peter isn’t exactly game for this and is likely to lead to some unexpected consequences if he goes the pacifist route. Besides the whole “breaking the universe and causing streams to tear and collide” aspect.

Spider-Man: No Way Home is shaping up to be THE biggest superhero film, in a year that’s already been filled with massive films of that kind. Glimpses have been seen of the story, but it feels like only the tip of the iceberg. This final trailer just solidifies that beyond the shadow of a doubt. We’ll get our answers soon enough, when it premieres exclusively in theaters, December 17, 2021. Don’t miss it!