The Academy Puts New “Most Popular Picture” Category On Hold

Oh, new Oscar category. We barely knew ye. If you remember, way back in August, a new award was unveiled. The “Best Achievement In Popular Film” they called it. Today, The Academy of Motion Picture Arts and Sciences announced it would be removing the category from the 2019 telecast. A rather bizarre move. Here’s the official quote, obtained by Deadline:

“While remaining committed to celebrating a wide spectrum of movies, the Academy announced today that it will not present the new Oscars® category at the upcoming 91st awards. The Academy recognized that implementing any new award nine months into the year creates challenges for films that have already been released. The Board of Governors continues to be actively engaged in discussions, and will examine and seek additional input regarding this category.”

“There has been a wide range of reactions to the introduction of a new award, and we recognize the need for further discussion with our members,” added current Academy CEO Dawn Hudson. “We have made changes to the Oscars over the years — including this year — and we will continue to evolve while also respecting the incredible legacy of the last 90 years.”

To a degree, it makes perfect sense. Yet to anyone on social media in the last couple of weeks numerous jokes hurled in the direction of the new category. Then there the argument about implementing a new category 9 months into the year. Each year movies released in March are feared to be “forgotten” when it comes to time for voting. Regularly those films still end up nominated. That happened with Logan last year. It’s also the case for Black Panther. Many were unsure of what presence it may have in 2019’s awards, given when its February release. The new category could have helped. Part of this is combated usually by studios sending screeners out to the voters. In hopes of reminding people that their film should be considered. You can easily imagine that having happened for “Most Popular Film” too. Now, we’ll never know. At least not in 2019.

The most interesting aspect, is there’s no mention of the other proposed changes for the 91st Academy Awards. Most notably concerning the desire to keep the runtime to 3 hours. First of all, we know that’s impossible. Try as they might, the show always runs over. Secondly, the parameters set to meet that time are even stranger. The August press release stated that 4-6 categories would be presented live during commercials breaks. Footage of those moments would then be edited back in, later in the broadcast. Rather strange. Maybe they’re better cutting out the musical performances, to better highlight the smaller categories.

The opinions that really matter here, are yours, dear readers. Are you ok with the exclusion of the “Most Popular” movie category? Do you think that award is silly to begin with? Are the Oscars an even you throw a party for, like the Super Bowl? Let us know in the comments below. Should the Academy flip flop again, we’ll let you know right away. 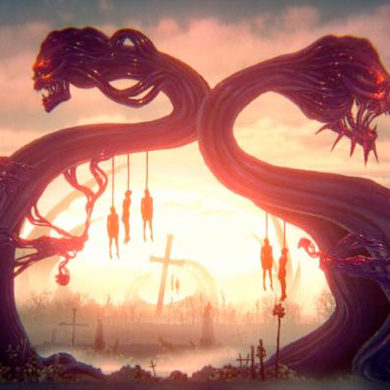