Not unlike the voice of leading man Sam Elliott, The has-been icon drama “The Hero” instills a deep sense of calm, knowing that in the face of great adversity, things are gonna be okay.  Our baritone-voiced icon plays the role of Lee Hayden, former western icon known to more recent generations as the voice behind a tagline for barbecue sauce.  Oh, how the mighty fall.

Beyond being a film about a man starring down the barrel of a concluded career, “The Hero” tells the story of an incredibly unlikely romance between Lee and a stand-up comic with a devil-may-care attitude named Charlotte (Laura Prepon, Orange is the New Black, That 70’s Show).  The exceptionally obvious age difference is certainly not disregarded, as Lee is visually troubled by the gap and Charlotte takes the affair to the comedic stage as an alternative form of therapy.

Lee’s time not spent with Charlotte is occupied with hours of pot smoking and Chinese food with a former actor friend turned drug dealer (played by Parks & Rec‘s Nick Offerman).  It takes an unsuspected diagnosis of cancer to kick start him out of his dazed routine, and into effort to reconnect with his daughter (Jessica Jones‘s Krysten Ritter)

An entertaining and heartfelt ride of Lifetime Appreciation Awards, Molly-fueled acceptance speeches, and inter-galactic space cowboy job opportunities unfolds for the viewer, leading any who watch to root for Lee’s success. 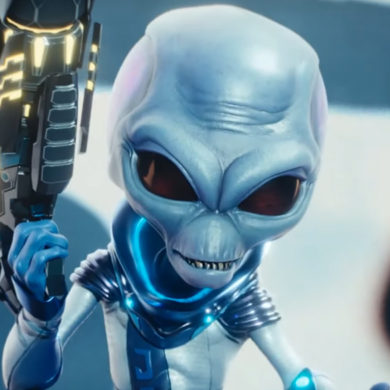