SXSW Review: This is Your Death

The rumination that the internet is changing social paradigms is not a new conversation. From the rise of the first generation who has experienced the internet as a given, as a background utility that simply just exists, to the development of social media and communication applications that have pulled the world closer together, the world is unquestionably different because of the internet. Television and film have also changed as a result, they have been forced to abandon their old models of entertainment and distribution and chase the new world of instant gratification and immediate information. Gone are the days of asking questions and considering them, now it is off to Google to find the indisputable fact according to the internet braintrust. If it is high in the search results it is treated as gospel. Television, in particular, has been especially desperate in their attempt to fit into this new ecosystem. Reality television, game shows, contestant based money shows, they all are chasing the newly evolved synaptic connection to pleasure and immediacy. When attention jumps from stimuli to stimuli, entertainers find themselves desperately waving down an audience. This desperation, this instant gratification, this immediacy of humanity, is the foundation of the new film, directed by Giancarlo Esposito, This is Your Death.

This is Your Death follows the rise of a reality television show that deals in the most permanent of entertainment, death. Live broadcasts of people committing suicide in the name of money shoot to the hight of the ratings and cultural zeitgeist. In this familiar version of the world we all know, This is Your Death is a heavy and melodramatic exploration of what that immediacy of entertainment, that synaptic pleasure zap does to our human sense of empathy. When humanity speeds by, when it is equated with pure entertainment it is easy for an audience to lose sight of the reality of the human life being presented. The human life becomes instant, it becomes fodder.

In this sense, This is Your Death, is an interesting dystopian take on our currently cultural climate.  In another sense the narrative that is steeped in tropes and pure melodrama, cause This is Your Death to seem a bit slanted, a bit uncanny. We recognize the world, we recognize how easily we could culturally slip into this ethically challenged form of entertainment. Humanity has done it in the past, from gladiatorial entertainment to live broadcasts of death-defying stunts we as a species have always flirted with death as an entertainment. Despite this social precedence, This is Your Death does slip a bit beyond plausibility. The journey feels rushed, the ethics seem chucked to the sidelines, and the conclusions seem stretched.

With that said, though, This is Your Death does manage to use the melodrama on display to full effect. The climax of the film is able to deliver the human emotion of loss and the thematic hypothesis with impressive effectiveness. Despite some wooden moments in the first act, and the aforementioned narrative leaps, This is Your Death does what good dystopian stories are meant to do. It holds up a mirror and asks us what we see, and if we approve of what we see.

So, This is Your Death is obviously a movie of our time. It is a message that deals with a darkness that is bubbling at our cultural surface. The fact that the success of the film will probably boil down to wether the internet assigns it as “fresh” or “rotten” is, in its own way, a validation of the message of this film. 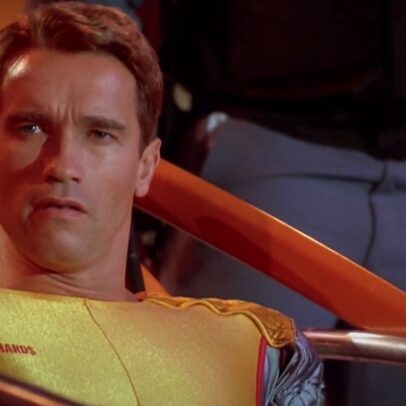