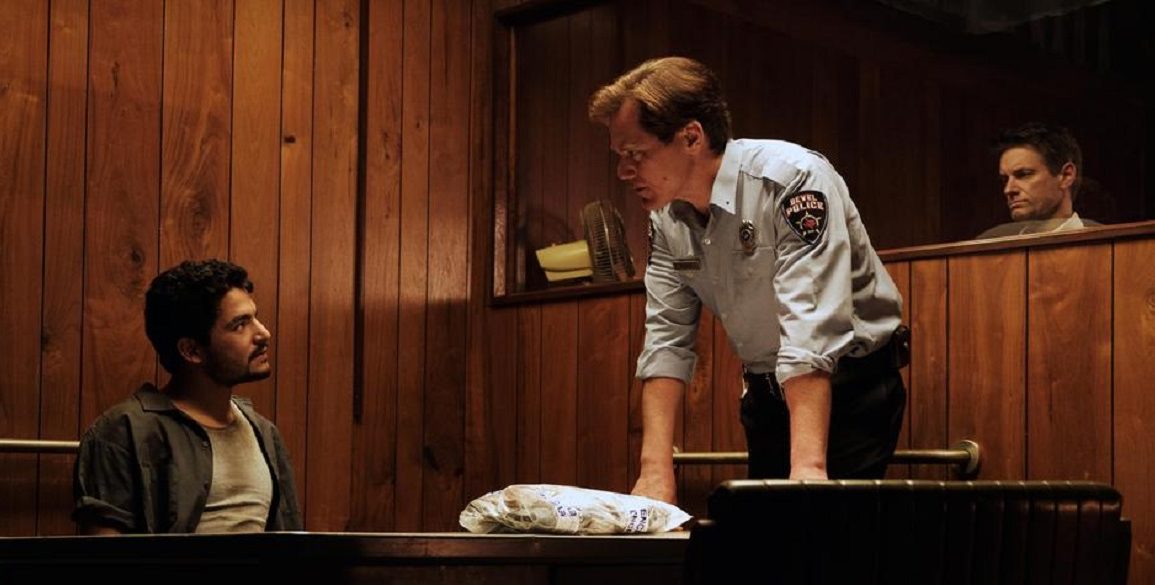 Out in Austin, every March SXSW threatens to destroy that downtown area, as filmmakers, musicians and industry types and lovers of all things entertaining gather for a massive festival like no other. Sundance may have the snowy locale. Cannes has, well, the French Riviera. Meanwhile Austin has everything and anything. All you need to do is take one look at our coverage from the past several years to get an idea of the insanity and brilliance that takes place. One of the cornerstones of the event, is the film festival portion, now entering its 27th year. Today, the first lineup of films was revealed and trust us when we say that this year looks to be the biggest and best yet.

Since there is a lot to get through below, we thought we’d provide a handy highlighted guide. For better navigation and what not. If you see a “*” that means we think this looks like a can’t miss film. Most likely the kind to hit theaters in 2020. Should there be a “+” next to the title, it’s potentially a solid sounding movie. Merely one we think will

Shithouse
Director/Screenwriter: Cooper Raiff
A homesick college freshman goes to a party at Shithouse and ends up spending the night with his sophomore RA who’s had a shitty day and wants someone to hang out with. Cast: Dylan Gelula, Cooper Raiff, Amy Landecker, Logan Miller (World Premiere)

Topside
Directors/Screenwriters: Celine Held, Logan George
A five year-old girl and her mother live in a community inhabiting the tunnels beneath New York City, when a sudden police eviction forces them into the world above, throwing their lives into chaos. Cast: Zhaila Farmer, Celine Held, Jared Abrahamson, Fatlip (World Premiere)

The Boy Who Sold The World
Director: Adam Barton
At age 15, Ben Pasternak dropped out of high school and moved to NYC. Leaving behind his family in Australia, Ben sacrificed his childhood to pursue his dream of changing the world through innovation. But things didn’t quite go according to plan. (World Premiere)

Bulletproof
Director: Todd Chandler
What does it mean to be safe in school in the United States? Safe from what, and from whom? Bulletproof poses and complicates these questions through a provocative exploration of fear and American violence. (World Premiere)

The Donut King
Director: Alice Gu, Screenwriters: Alice Gu, Carol Martori
The rise, fall, and rise again of a Cambodian refugee who escaped genocide and overcame poverty to build a life for himself and hundreds of other immigrant families by baking America’s favorite pastry and building an unlikely empire of donut shops. (World Premiere)

+An Elephant in the Room (Denmark)+
Director: Katrine Philp
At Good Grief in New Jersey, groups of children meet to understand the passing of a parent or a sibling through play. Death may come suddenly or slowly, violently or peacefully, but it leaves a pain that the child has never felt before. (World Premiere)

Finding Yingying
Director: Jiayan “Jenny” Shi
After a young Chinese student is kidnapped on a university campus, her family travels to the US for the first time, first hoping to unravel the mystery of her disappearance, and then to seek justice, find closure and reclaim their daughter. (World Premiere)

Kenny Scharf: When Worlds Collide
Directors/Screenwriters: Malia Scharf, Max Basch
Kenny Scharf is surveyed through the eyes of his daughter — revealing a private struggle for identity and acceptance through the ups and downs of a prolific career driven by a passion for making his fantastical inner worlds a very public reality. (World Premiere)

Lights Camera Uganda
Directors: Cathryne Czubek, Hugo Perez
When “Africa’s Tarantino” casts a New York film nerd as his next action hero, it’s the beginning of a friendship that makes their no-budget studio world famous. But as their success grows, tensions flare and threaten everything they built. (World Premiere)

+Red Heaven+
Directors: Lauren DeFilippo, Katherine Gorringe
Six people live for a year on “Mars” in a NASA experiment studying what happens to humans when they are isolated from Earth. (World Premiere)

+We Don’t Deserve Dogs+
Director: Matthew Salleh
A contemplative odyssey across our planet, looking at the simple and extraordinary ways that dogs influence our daily lives. People need dogs, and perhaps they need us, but what do humans do to deserve the unconditional love they provide? (World Premiere)

*The Lovebirds*
Director: Michael Showalter, Screenwriters: Aaron Abrams, Brendan Gall
A young couple (Issa Rae & Kumail Nanjiani) is pulled into a bizarre (and hilarious) murder mystery. Working to clear their names and solve the crime, they need to figure out how they, and their relationship, can survive the night. Cast: Kumail Nanjiani, Issa Rae, Paul Sparks, Anna Camp, Kyle Bornheimer (World Premiere)

9to5: The Story of A Movement
Directors: Julia Reichert, Steve Bognar
In the 1970s, America’s secretaries took to the streets, fed up with on-the-job abuse. They created a movement called 9to5, which later inspired Jane Fonda to make a movie and Dolly Parton to write a song. This is the untold story of their fight. (World Premiere)

+Baby God+
Director: Hannah Olson
For more than 30 years, Dr. Quincy Fortier covertly used his own sperm to inseminate his fertility patients. Now his secret is out. Baby God follows his children as they seek the truth about his motives and try to make sense of their own identities. (World Premiere)

Console Wars [title may change]
Directors: Jonah Tulis, Blake J. Harris
In 1990, Sega assembled a team of misfits to take on the greatest video game company in the world, Nintendo. Console Wars goes behind the scenes to meet the men and women who fought for both sides in this epic battle that defined a generation. (World Premiere)

Crazy, Not Insane
Director: Alex Gibney
Dr. Dorothy Lewis is a psychiatrist who’s spent her career examining violent people. Through the use of chilling never-before-seen inmate interviews, Crazy, Not Insane looks into the mind of a killer in an attempt to understand why people kill. (U.S. Premiere)

The Dilemma of Desire
Director: Maria Finitzo
The Dilemma of Desire explores the clash between the external power of gender politics and the equally powerful imperative of female sexual desire. How different would the world look if women’s libidos were taken as seriously as men’s? (World Premiere)

Hood River
Director: Steven Cantor
In a small Oregon community, a high school soccer team struggles to overcome class and racial divide in a quest for team success. They are torn between their individual commitment to the team and the expectations of the town itself. (World Premiere)

Insert Coin
Director: Joshua Tsui
The oral history of a team of geeks and misfits in the back of a Chicago factory creating the biggest video games (Mortal Kombat, NBA JAM, and others) of all time. (World Premiere)

M For Magic
Director: Alexis Manya Spraic
M for Magic is the never-told story of the royal family of magic – four generations of the legendary Larsen family – and their tireless endeavor to save the art of magic with a private club for magicians – the world famous Magic Castle in Hollywood. (World Premiere)

One Man and His Shoes (United Kingdom)
Director: Yemi Bamiro
One Man and His Shoes tells the story of Air Jordan sneakers, depicting their social, cultural and racial significance, showing how ground-breaking marketing strategies created a multi-billion-dollar business. (World Premiere)

We Are As Gods
Directors/Screenwriters: Jason Sussberg, David Alvarado
“We are as gods and might as well get good at it,” Stewart Brand wrote in ‘68. The legendary pioneer of LSD, cyberspace, futurism, and modern environmentalism now urges people to use our god-like powers to fight extinction by reviving lost species. (World Premiere)

+You Cannot Kill David Arquette+
Directors: David Darg, Price James
In 2000, actor David Arquette infamously became the world wrestling champion as a promotion for his movie Ready to Rumble. He wasn’t prepared for the backlash. 20 years later, Arquette seeks redemption by returning to the ring… for real this time. (World Premiere)

VISIONS
Visions filmmakers are audacious, risk-taking artists in the new cinema landscape who demonstrate raw innovation and creativity in documentary and narrative filmmaking.

Echoes of the Invisible (Poland, United States)
Director: Steve Elkins
Daring explorers embark upon seemingly impossible journeys into the most extreme environments on Earth to find the connective tissue between all things seen and unseen. (World Premiere)

+In & Of Itself +
Director: Frank Oz, Screenwriter: Derek DelGaudio
Storyteller and Conceptual Magician Derek DelGaudio attempts to understand the illusory nature of identity and answer one deceptively simple question: Who am I? Cast: Derek DelGaudio (World Premiere)

Make Up (United Kingdom)
Director/Screenwriter: Claire Oakley
After Ruth moves in with her boyfriend in a remote holiday park, tensions rise as she makes an unsettling discovery that lures her into a spiral of obsession. Cast: Molly Windsor, Joseph Quinn, Stefanie Martini (North American Premiere)

TFW NO GF
Director/Screenwriter: Alex Lee Moyer
A generation of disaffected young men searches for meaning in the dark corners of the internet. TFW NO GF offers an intimate portrait of five such individuals- as shared through the metaphor of an iconic meme. (World Premiere)

If you survived scrolling through all that (while using our handy little guide), we’ve got bad news, there’s more to come. The above just covers the “regular” movies that will screen during the week. On February 5th, they’ll be releasing the Midnighters and Festival Favorite selections. More often than not, those are the most exciting films. One of the most well-received films to end up on VOD (and a slight theatrical run) last year, Daniel Isn’t Real premiered at SXSW. In a Midnighter slot! So keep your eyes posted here and we’ll bring you all the latest updates.