Anything Can Happen In 2020: The Snyder Cut of ‘Justice League’ Is Coming To HBO Max

In the world of entertainment, it’s hard to think of many things more polarizing than the fabled “Snyder Cut”. A term that causes excitement or acid reflux, depending upon which circles you congregate in. That’s not hyperbolic either. Take a few moments, pop over to Twitter (a daunting task, I know) and search those two words. Regardless, something that may have seemed like an impossibility, is about to becomes a reality. The Snyder Cut of Justice League is going to be released and you won’t have to worry about running off to a closed theater to see it.

The Hollywood Reporter has a long piece, laying out some of the details. “Some” being the operative word, as a lot of this is shrouded in a bit of secrecy. The new version of Justice League will be heading to the still-to-be-launched HBO Max. What form it’s released in, is the big question. THR floats the idea of it coming out in either a 4 hour director’s cut or released in 6 TV styled “chapters”. The former would be reminiscent of what Netflix did with the extended Hateful Eight release. Then there’s the factor of what a big undertaking it is. A source stated it’ll cost $20 – $30 million to complete. Snyder even mentions getting many original post-production members back to score, edit and finish visual effects on the film. All parties seem very enthusiastic that this is happening.

Make no bones about this, everyone is going to watch this, the moment it becomes available. Even thought that’ll be 2021. It’s all the surrounding elements, that cast a weird shadow. On one side, you have Snyder being given the opportunity to put out the film, he always intended. The thing not to be brushed away, is that a tragedy occurred to his family, that pried him away, from completing things. Whatever your overall feelings for his body of work, that’s (pardon the pun) bittersweet justice. On the other hand, the citing of “people want this” will allow a subsection of fandom to rejoice and claim victory. That’s a potentially dangerous precedent, if other groups of fandom feel is they complain enough, the world will fold. Yet, even giving credence to the idea is a negative road, we don’t want to travel down.

The third side to this strange triangle, is the aforementioned HBO Max. In a world where theatrically bound features are jumping to Netflix, Apple TV and Prime, the competitors need to bolster their ranks. Peacock is set to steal back TV shows like The Office and Parks & Rec, from other platforms. Disney+ has their own factory to pull from, willy nilly. The prospect of luring millions of people over to a new streaming service, even just for this one thing, is too good to pass up. Let fans get excited and detractors agitated, but in the end, this is a strict numbers game.

What do you all make of this news? Will you watch the new Justice League out of curiosity or necessity or because it’s something you’ve been waiting for. This not a facetious question. There may not be a more polarizing film, that’s never been released (sorry, The Day The Clown Died). It’s basically a historical moment. Depending on how well it goes over, could lay the groundwork, for other films to follows suit, in the future. Just when you think 2020 doesn’t have any more tricks up its sleeve, on how to upend the classical held movie paradigm, this happens. Once we know more on this front, we’ll update everyone accordingly. 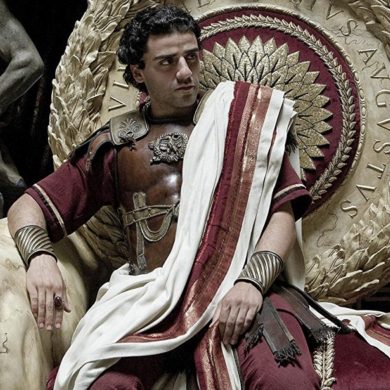