Sleepwalking Is The Least Of People’s Problems, In This Stylish Teaser Trailer For The Fantasia-Bound ‘Come True’ 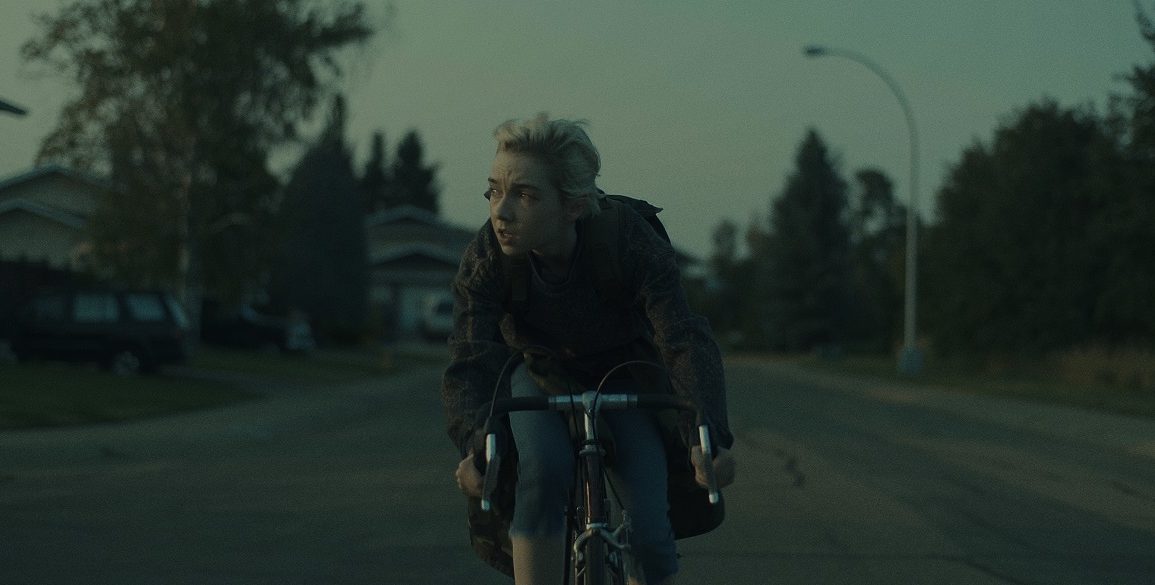 With the start of Fantasia International Film Festival just over the horizon (August 20th), get ready for a smorgasbord of film teasers. That’s a good thing and a bad thing, as the joy of a film festival can sometimes be going in blind. Or the fact that some teasers give away the best bits of a film. That’s not the case today with the stylish teaser trailer for Anthony Scott Burns’ Come True. Take a look.

“High school student Sarah (Stone) is at her lowest point yet when she runs away from home and finds herself with no one to rely on and struggling with recurring nightmares. She chances upon a university sleep study that offers the promise of safety and money and brings her an unexpected friend and confidant in the overseeing scientist Jeremy (Liboiron). But there’s something curious about proceedings, and being under observation seems to make Sarah’s disturbing dreams even worse. As the darkness begins to close in, it’s soon clear that Sarah has unknowingly become the conduit to a horrifying, new discovery…”

Not sure what it is about the footage above, but it sure has our attention. For all the dream talk that goes on, we don’t see anything really (save for those weird photographs). You can easily intuit what possibly is going on, meaning the film probably isn’t going down that road. If it is, it’ll probably morph into something wild and horrific. Thereby demanding our attention even more. Burns seems to be employing the same atmospheric quality that he brought to his “Father’s Day” segment, in the 2016 horror anthology, Holidays. That’s a good thing, mind you, as it really helped that short stand out from everything around it.

If for some reason the footage wasn’t enough to sell you, then two individuals producing the film should: Steve Hoban and Vincenzo Natali. Hoban co-directed A Christmas Horror Story, is a long time producer of Natali’s films and produced the Ginger Snaps series. Natali, on the other hand has been directing movies (Cube, Splice, In The Tall Grass) and television (Hannibal, Westworld, Locke & Key) for the past 3 decades. So, their involvement in producing Come True should perk up your ears. That  and what appears to be solid cinematography, acting and a strange mystery at the center, makes this one we’re very curious to check out.

Come True will have its world premiere, as part of Fantasia, on August 30th. For more information on the film, as well as how to purchase digital tickets, click here. Meanwhile, you can check out the film’s official poster, below.