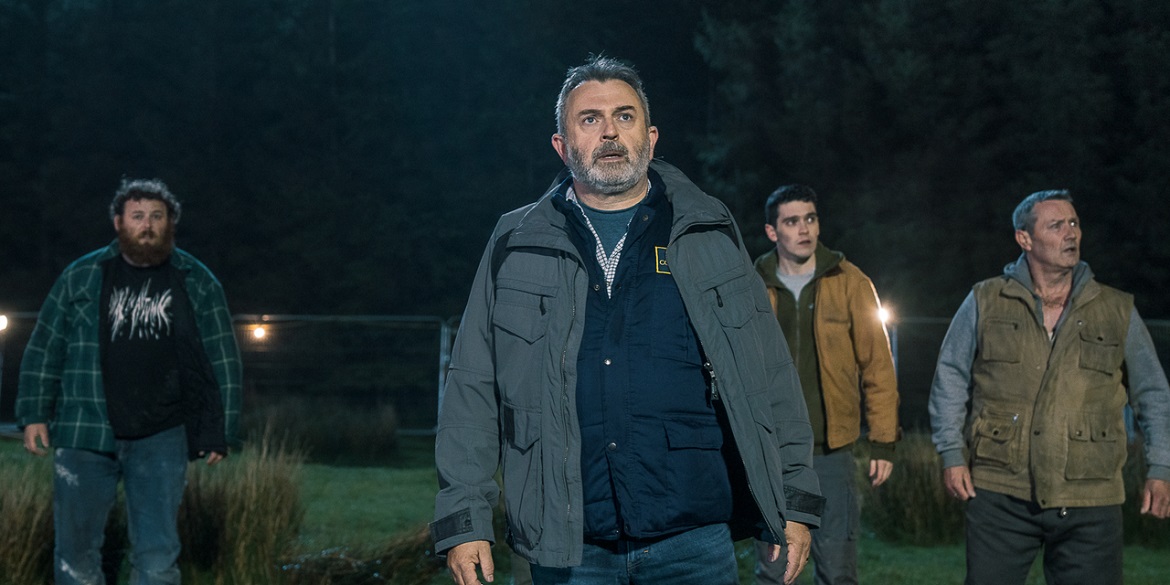 April often feels like a month that many people overlook or try to forget about. Defined by the threat of showers. Not beholden to any set season. Movie releases are sporadic. As well as being Tax month. It’s time it’s status was elevated and changes. Turns out Shudder feels the exact same way and has a bunch of stuff planned to make April feel like an early start of the summer. At least, in the world of entertainment.

In a move that’s equal parts catchy title and loads of great content, Shudder is branding April as “HALFWAY TO HALLOWEEN MONTH”. As they do with most things, the streaming services is going all out with a bunch of events and new streaming titles. There’s going to be something new each and every week! It’s not just new new stuff, mind you. Shudder is continuing to do what they do best, by curating movies that fans and creators alike, really want to see. Read on through the press release for more information.

“Some do Christmas in July but at Shudder we celebrate Halloween in April to mark the halfway point to the greatest holiday of the year,” said Craig Engler, general manager of Shudder. “‘Halfway to Halloween Month’ is going to be the biggest month of programming in Shudder history with new movies, series, a killer documentary and more.”

*The season premiere of the Shudder Original series Creepshow and the return of the Shudder Original series The Last Drive-in with Joe Bob Briggs.
*The highly anticipated follow up to Yeon Sang-ho’s Train to Busan and Seoul Station, Peninsula.
*The Power starring Rose Williams (Sanditon) and written and directed by BAFTA nominated British filmmaker Corrina Faith, which appeared on 2018’s Brit List of best unproduced scripts.
Christopher Smith’s The Banishing starring Jessica Brown Findlay (Downton Abbey) and Sean Harris (Mission: Impossible franchise).
*Boys from County Hell, which /Film called “legendary in its own right” upon its North American premiere at the 2020 Nightstream virtual film festival.
*Making its US premiere after appearing as a 2020 CANNESERIES Horror Short Form contender, Australian anthology series Deadhouse Dark.
*An exclusive documentary, In Search of Darkness: Part II, which continues to explore the impact of beloved ‘80s horror films.
*The 2021 FANGORIA Chainsaw Awards, hosted by actor and writer David Dastmalchian (Ant-Man and the Wasp).
*The Val Lewton Collection: seven classic titles from the 1940s, including Cat People, I Walked With A Zombie, The Leopard Man, The Seventh Victim, Curse of the Cat People, The Body Snatcher and Isle of the Dead.
*An Alex de la Iglesia double feature: the mid ‘90s cult classics, Day of the Beast and Dance with the Devil.
*‘Halfway to Halloween Hotline’ in which Shudder’s director of programming, Samuel Zimmerman, provides callers with real-time movie recommendations.”

With that much content to sift through, it might seem overwhelming. So we’ve selected a few titles on there, that should shoot to the top of the queue. The first of which is The Boys From County Hell. A little regional film that was released in the festival market of 2020, it’s a film destined to become a classic. Imagine a film that’s equal parts An American Werewolf in London, Fright Night and Shaun of the Dead, but on a smaller budget & scale and you’re there. Next, there’s the infamous The McPherson Tape. A flick important because of what it means to the found footage genre and everyone has probably an hour they can dedicate to it.

We also had to make sure and point out In Search of Darkness Part 2. If you thought 3+ hours of documentary dedicated to the 80’s was too much, think again. Boasting a ton of great interviews and stories, it’s a horror fan’s dream! Lastly, the Val Lewton collection is essential viewing for any and every horror hound. Lewton’s work often gets overlooked or forgotten, but the past decade as finally started to see this important Horror figure, begin to get their due.

It’s things like “Halfway To Halloween Month” that makes Shudder such a fantastic service. Not only are they making solid acquisitions and continuing great original programming, but they have an eye focused on the past. That shouldn’t feel it’s that big a thing, though is often the complaint lobbied against other streaming services. Shudder understands there’s always been Horror films and having access to watch ones from as far back as a hundred years ago, is extremely important. So get ready and start planning for April, as this is one lineup you don’t want to sleep on.