In a stunning piece of news, that feels perfectly timed to coincide with Dia De Los Muertos, Showtime took to Twitter and dropped something of a bombshell today. Turns out the much beloved, yet too soon departed from this world show Penny Dreadful, is getting a spin off series entitled Penny Dreadful: City Of Angles.

Sometimes what’s dead doesn’t always remain.#PennyDreadful returns to @Showtime with Penny Dreadful: City of Angels. Set in 1938 Los Angeles, this next chapter will explore a mix of the supernatural within a genuine historical backdrop infused with Mexican-American folklore. pic.twitter.com/2QzPnTPDTL

Shortly after that news went live, a few quotes we’re put out to The Hollywood Reporter by creator and Oscar nominated John Logan. “Penny Dreadful: City of Angels will have a social consciousness and historical awareness that we chose not to explore in the Penny Dreadful London storylines,” he told the publication. “We will now be grappling with specific historical and real-world political, religious, social and racial issues. In 1938, Los Angeles was facing some hard questions about its future and its soul. Our characters must do the same. There are no easy answers. There are only powerful questions and arresting moral challenges. As always in the world of Penny Dreadful, there are no heroes or villains in this world, only protagonists and antagonists; complicated and conflicted characters living on the fulcrum of moral choice.”

While some may be irked that it sounds like there’s no returning characters, there is reason to rejoice. It’s a bold move to wade into territory completely different than what came before. It signals that Logan is striving for something new through and through. If it fails, at least they tried something. Since this is a Penny Dreadful series, there is an element of the supernatural at play. The story will follow the conflict brewing between followers of the deity Santa Muerte and others following The Devil. Which easily puts better context to Logan’s comments above.

Are you all clamoring for this new take on Penny Dreadful? Do you think this change in time and setting will be good? If some other fictional characters from history or literature were to show up, who would you like to see? City of Angels is likely a bit of a ways off, with production set to begin in early 2019. There’s a chance more information or footage could be ready in time for San Diego Comic-Con. Whenever it becomes available, we’ll make sure to cover it here. In the meantime, enjoy the fill teaser poster below. 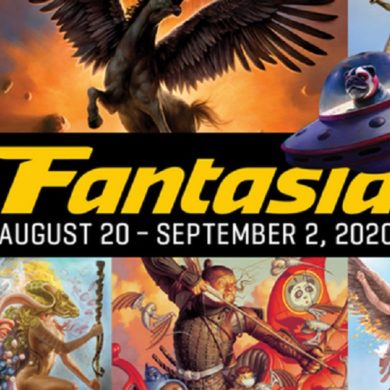 Fantasia Fest Moves To An Entirely Online Format For 2020