For those of you that attended San Diego Comic-Con last year you may remember our STRANGER THINGS Scavenger Hunt to #FindWill.

Now it looks like another group of kids have gone missing in Warner Brothers new film IT. In Derry, Maine, seven friends come face-to-face with a shape shifter, who takes the form of an evil clown named Pennywise who targets children. It looks like he left Maine and is lurking around Comic-Con. That is why we are hosting a massive man hunt and a huge game of hide and seek to help us find Pennywise before he finds the kids.

All week during SDCC (Thursday – Saturday) we will be posting clues on Twitter and around Comic-Con as to the whereabouts of Pennywise. Follow @BoomHowdy and @DownrightCreepy on Twitter and search for #SDCCWeFloat to get clues and updates on the man hunt. If we see Pennywise we will let you know where his location is and you must get there as fast as you can to catch him and save the “Losers” from getting snatched up. If you do so you might be rewarded by the Deery Police Department with a sweet prize that is fitting of 1989 when the film takes place.

Disclaimer: This event and activation is not sponsored, sanctioned, affilliated or endoresed by Warner Brothers Entertainment Inc

How to Join the Hunt

Want to join the hunt at SDCC? Follow @BoomHowdy and @DownrightCreepy on Twitter for clues and updates on the hunt. Search #SDCCWeFloat to work with each other to find Pennywise. To hear more clues about the whereabouts of the Derry children follow @DerryPoliceDept.

It is up to you to find the “Losers” before Pennywise does. Follow us for clues we will be around the convention center, off-site events and the Gaslamp district. He will not be in groups – only by himself. We will NOT be dress in Georgie yellow raincoats!

You will get clues via Twitter including a Google Maps link where Pennywise is located. That link will expire 15 minutes after it has been posted. If you don’t find Pennywise before then he will move to the next location and kiddos may be in danger!

If you successfully find Pennywise or the “Losers” you will be reward with a cool piece of retro swag. If you are one of the lucky few tweet @BoomHowdy and @DownrightCreepy with a photo of your reward. Tag it #SDCCWeFloat 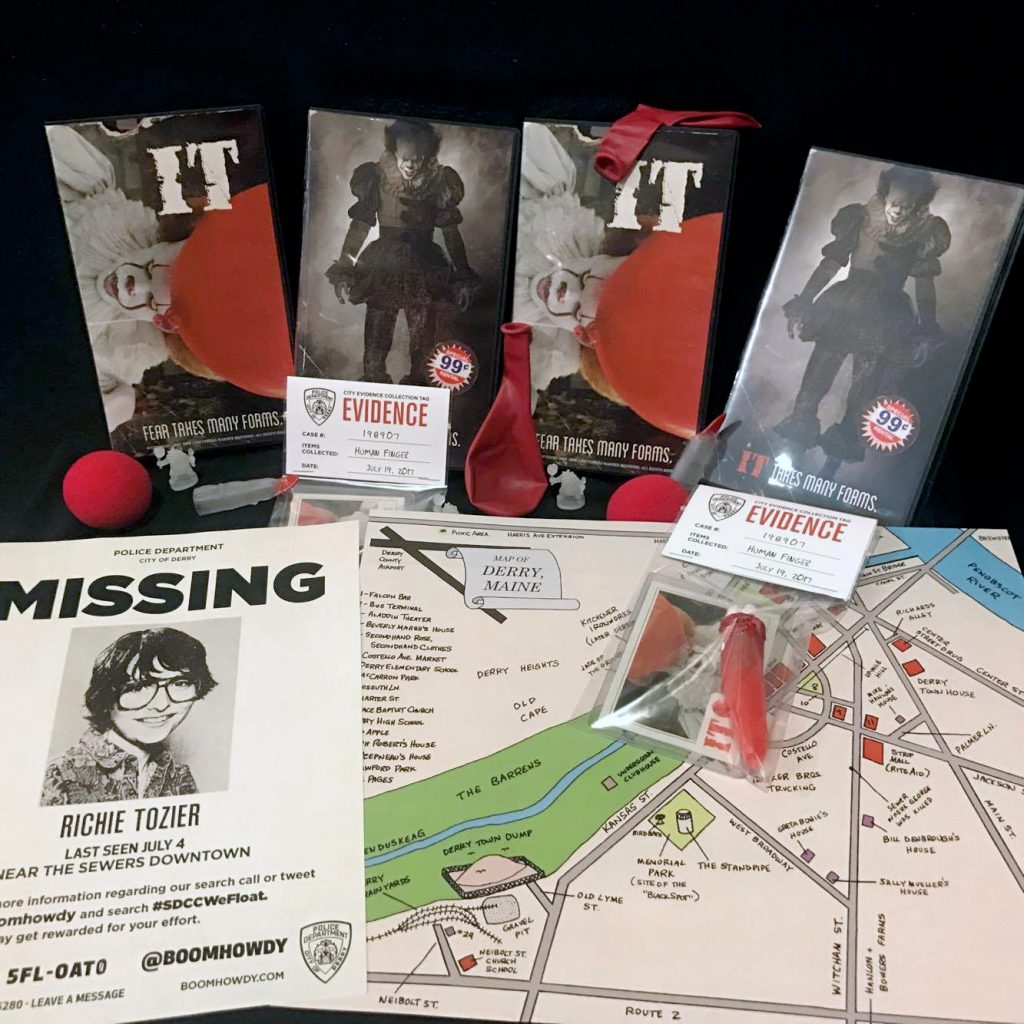 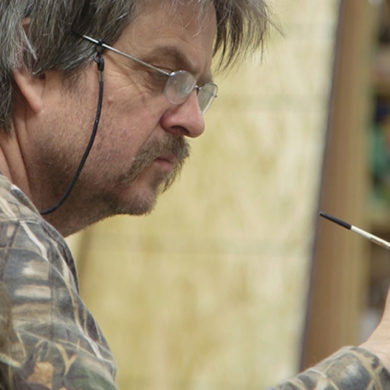