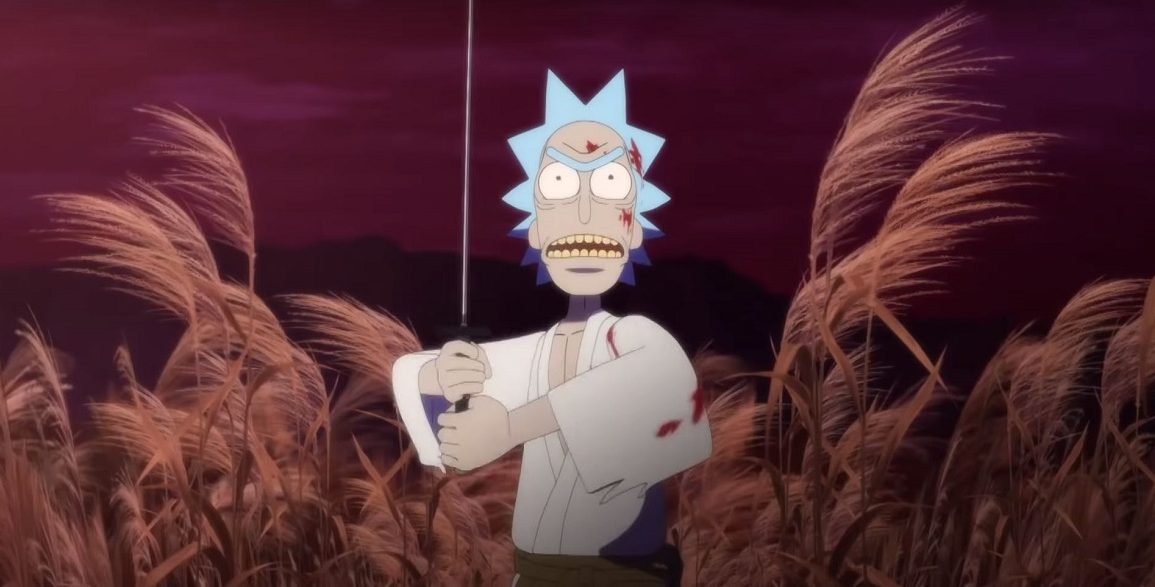 The wait for new Rick and Morty is always a long haul. In fact, if there was one negative to some beloved Adult Swim shows, it’s the wait between seasons. If there’s one thing the world needs now, it’s more Rick and Morty. Thankfully, Adult Swim has heard your cries and supplied the following short, entitled “Samurai & Shogun”. Needless to say, regardless if you are at work or working from home, this is rather NSFW. Gleefully so.

Ok, so there’s a chance that just made the waiting worse.

While many are used to the team behind Rick and Morty making any number of pop culture references or basing entire episode on specific references, this is above an beyond. In 5 short minutes, we get complete and utter chaos of the highest order. Oh goodness is it glorious though. Taking a page from classic mangas, animes and most notably the Lone Wolf and Cub series (specially the movies), blood flows freely.

A cool element to this short, is how much freedom there seems to be. Writer and director Kaichi Saito does an astounding job at mixing the familiar (R&M characters), with the unexpected (simple samurai & ninja tropes). Following Rick WTM-72, rather than series lead Rick C-137, is also a nice touch. It might not technically be a new episode, but it’ll do for now. Hopefully, Adult Swim will make the official announcement of new Rick and Morty, soon. We could all use a big distraction like that.