We May be Getting a ‘Rashomon’ TV Show

Amblin Television announced today that they have optioned the rights to the Akira Kurosowa masterpiece, ‘Rashomon’. The studio also announced plans to turn it into an ongoing series. Very little is known about the project so far. However, it seems that this new show will be a limited series in which each season will cover a single event from different point of views. Similar to ‘The Slap’ or ‘The Affair’. Actually, exactly like ‘The Slap’ or ‘The Affair’.

The series will be executive produced by Amblin Television co-president’s Darryl Frank & Justin Falvey. In a statement the duo said, “We couldn’t be more excited to adapt this extraordinary film as the foundation for a new dramatic mystery thriller series. It will explore the boundaries of truth and how different perspectives don’t often reveal the same reality.” This could shape up to be another hit from Amblin. The company’s ‘The Haunting of Hill House’ has enjoyed a stellar reception since it premiered on Netflix in October. No word yet one when or where this show will be premiering when it does arrive.

I will be very curious to see how this pans out. On one hand, ‘Rashomon’ is brilliant and one of my favorite Kurosowa films. Seriously if you haven’t seen it, go search it out. On the other hand the story telling techniques introduced in ‘Rashomon’ have become so embedded in television and film that there’s really nothing new about this idea. Like I alluded to earlier, there are tons of prestige award shows that revolve around a central mystery with unreliable narrators leading you through the world.

The main thing ‘Rashomon’ has going for it seems to be its name. And I can’t help but wonder if that will be a double edged sword. Will general audiences have enough name recognition with a remake of a 1950 Japanese film? Is naming this show ‘Rashomon’ and inviting comparisons to a hugely influential (to story tellers) and classic film really the best idea? Only time will tell.

Would you watch a ‘Rashomon’ television show? Or would you rather just see a new mystery thriller that isn’t tied to the Kurosowa/Mifune legacy? Let us know in the comments and be sure to check out our homepage and follow us on Facebook & Twitter.  Always check back with Boom Howdy for more up-to-date news, reviews & podcasts! 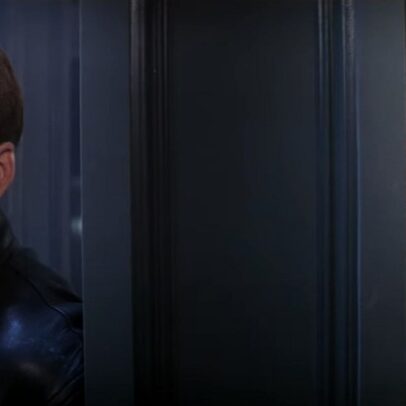 Adam Wingard Is Tackling The Insurmountable Task Of Directing A ‘Face/Off’ Remake (Or Possible “Sequel”?)