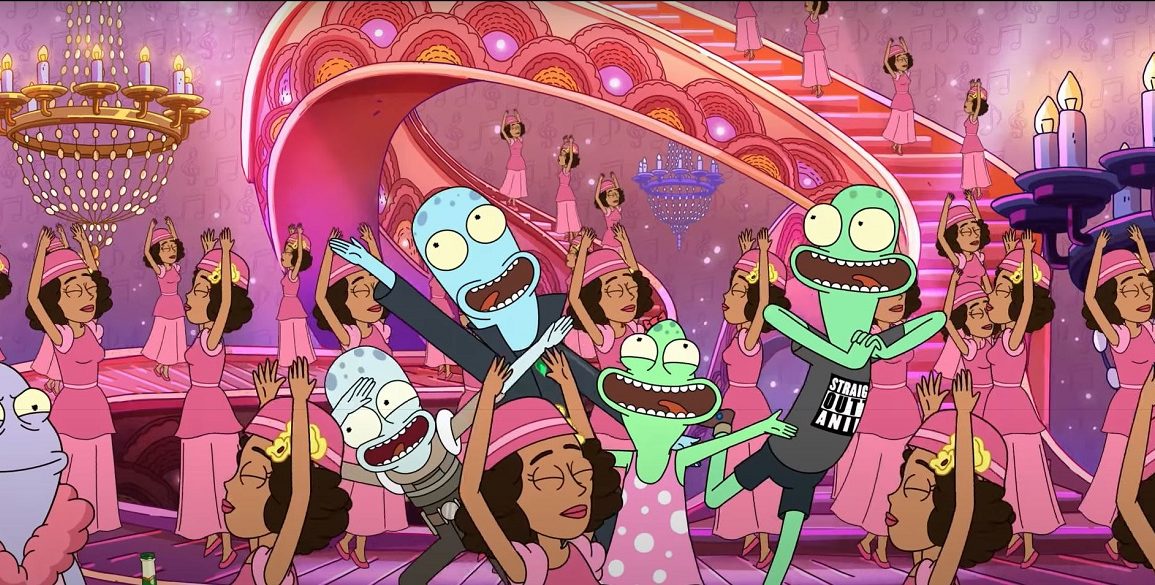 Recently we got two big announcements on the ridiculously over the top adult-oriented animation front. First, there was the official dating of Rick and Morty‘s second half of season 4 (May 3). Then, we got a teaser for the new show from the co-creator of that show, Justain Roiland, Solar Opposites. Well, as we’re approaching the release of that show too, Hulu was nice enough to put out a full trailer for season one! Let’s just say, if you thought the teaser was crazy, wait until you get a load of this.

Here’s an official synopsis, for those who like to say they’ve done their reading, for the day:

“From Justin Roiland, the co-creator of Rick and Morty, and Mike McMahan, comes a series about a family of aliens trying to fit in on this human-infested crap-hole of a planet called Earth.”

What’s interesting about this Solar Opposites trailer, is showing how it’s different from Rick and Morty. Sure there’s wanton destruction, crude science and a total disregard for human, but the time is a bit different. This may be a terrible comparison, but it feels how American Dad is to Family Guy. You can see the shared DNA and then also how it diverts from the path. There’s a more traditional sitcom and “fish out of water” slant at work here. How it turns out it anyone’s guess, but it won’t dissuade us from checking it out.

To be honest, regardless how Solar Opposites ends up, it’s coming at a great time. People are at home, combing for anything that’s streaming. With network television having to truncate the seasons of shows, streaming is where it’s at. So this dropping early May, on Hulu? Yeah, everyone’s going to watch it. Maybe we’ll a laugh or two out of it. That’s kind of a win, these days. Be sure to check out all episodes of Solar Opposites, when it crash lands onto your TV screen, starting May 8.