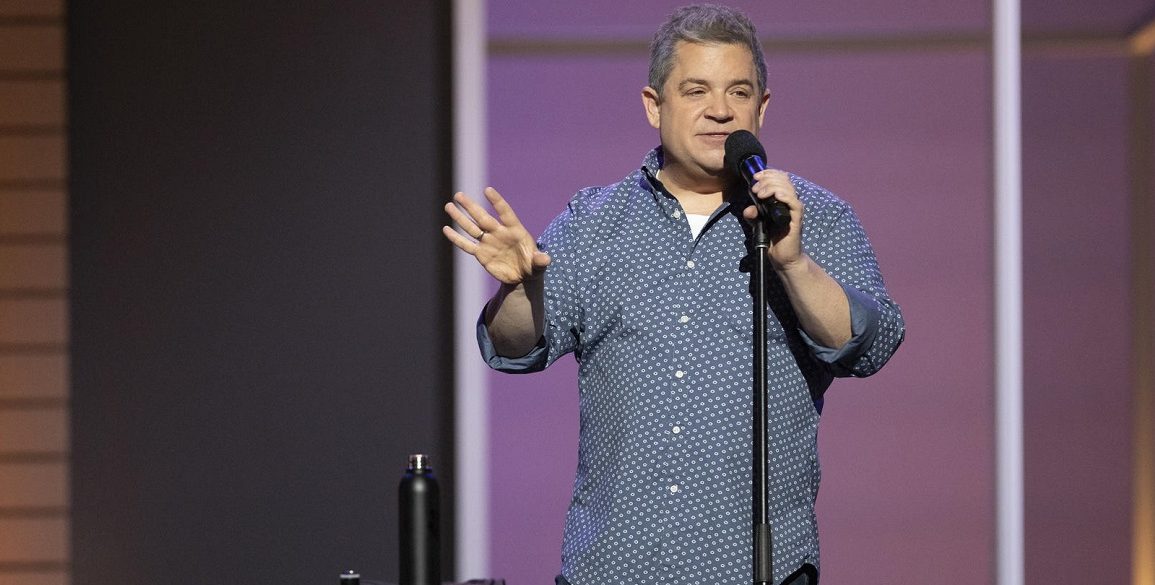 If there’s one phrase that gets uttered a lot right now, it’s “everyone could sure use a laugh”. As if the current pandemic had found a way to obliterate humor. A 5 second internet search shows you that isn’t the case. Although, some of the laughs out there, may be due to fear. On the brighter side, Netflix is getting ready to roll out another one of their patented comedy specials. This time it’s Patton Oswalt, bringing the funny, in this trailer for I Love Everything.

Now, you’d normally think stand up comedy special would have a synopsis to go with it, but look at this:

“Like the ancient grains of Babylon, Patton provides a healthy dose of witticism in his newest Netflix comedy special, Patton Oswalt: I Love Everything.  Enjoy yourself as the Emmy and Grammy winning comedian reflects on hilarious existential anecdotes after recently embracing his fifties, which includes attending his daughter’s second-grade art show that cost him the chance to board a full-scale Millennium Falcon or how buying a house is like hiring a suicide squad of superhuman subcontractors. “

It feels like Netflix whips these out with relatively little fanfare, so it’s nice to see this treatment. At almost any given time there’s 1-3 specially hovering around in Netflix’s “what’s trending” list. A place that Oswalt with probably find himself, in a couple week’s time. In fact, you’ll be able to view it when I Love Everything premieres globally, on May 19. You might as well watch it right away. It’ll give you a chance to stop someone in their tracks, when they next day you’re overdue for a laugh. Win-win. In case you forget that date, here’s a convenient and colorful banner, to remind you.

Wonder Woman Vows to Defend the World in New Trailer