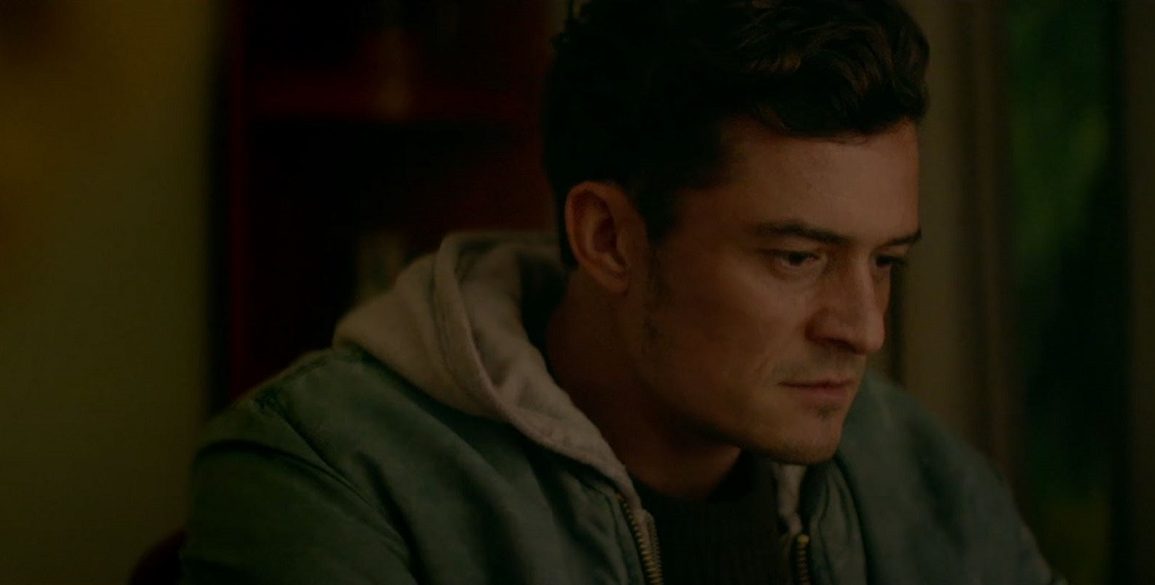 Revenge is genre best served on VOD. Or the old saying goes something like that. Anyway you slice it, it’s one of the oft used themes, of genre movies that end up skipping theaters. That’s not to say they’re bad, mind you, just an avenue that gets mind quite a bit. Well, now it’s Orlando Bloom’s chance to try his hand at the genre. If this first trailer for Retaliation is any indication, Bloom may be wise to act in a several films like this, in the future.

Here’s the official synopsis for the blood-soaked religious film:

“Orlando Bloom stars as Malky, a demolition worker whose life receives a seismic shock when, out drinking with friends at a local pub, he sees a disturbing figure from his past: the man he holds responsible for a traumatic childhood incident. Fueled by anger, Malky sets out on a path of vengeance—and discovers that no one can escape the consequences of their sins in this taut thriller.”

At first glance, this appears to be a straight forward tale of abuse and revenge. As the trailer goes on, there appears to be another layer at work. That could just be in the editing. Bloom does seem very engaged here and an actor who has shown sparks in the past, is always worthy of attention. The quick glimpses of rage and violence says that either Malky is more than a little disturbed or is intent retaliating (see what we did there?) pre-emptively, to make up for his pain suffered in the past. At the very least there is enough here to make it more than slightly intriguing.

A small amount of digging on Retaliation, unearths an unexpected little crumb. This film initially burst onto the scene 2017. It hit a number of film festivals, under the title “Romans” (likely tying back to the church theme), where it garnered good press and praise for the acting. Somewhere along the lines Saban Films snatched it up, swapped the title and here it is. It just again goes to highlight that well received festival fare cane lots of times take a while to hit theater or VOD. We’ll see what side this one falls on, when Retaliation becomes available everywhere, on July 24.