Steve Carell Sets His Sights On The Moon, In The First ‘Space Force’ Teaser Trailer 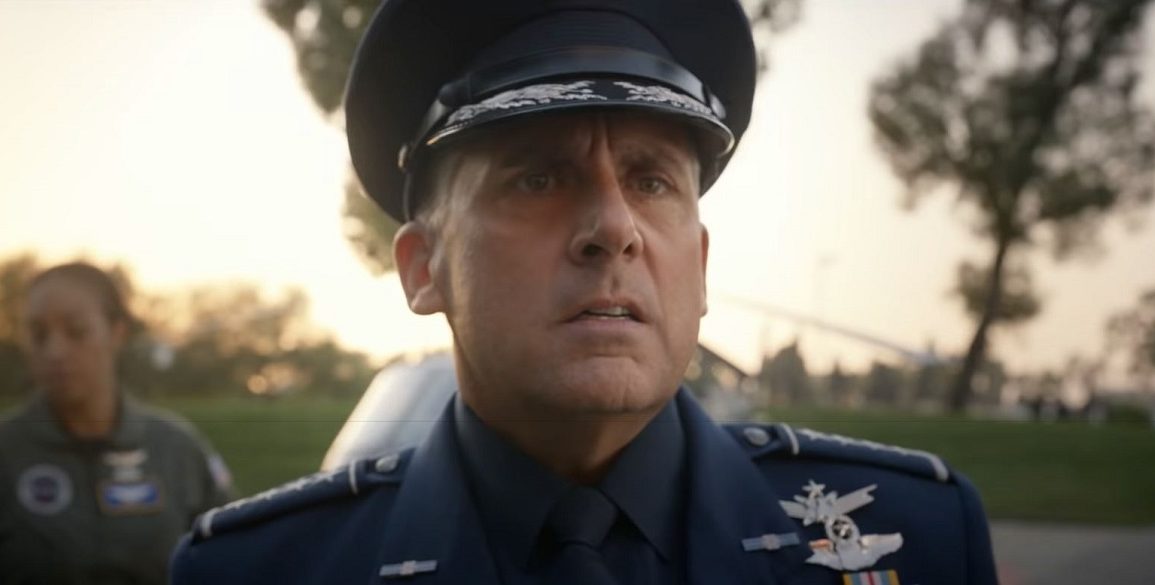 For a while now we’ve known that Steve Carell and Greg Daniels, two of the big factors behind the US success of The Office were teaming back up again. We know their new project would be called Space Force and was going to be a Netflix original. That was about it. To be honest, that’s all most people needed, to be sold. Now, there’s a trailer, to truly, once and for all, decide if this looks any good.

Here’s the official synopsis too, because that’s how we roll, round these parts:

“A decorated pilot with dreams of running the Air Force, four-star general Mark R. Naird (Steve Carell) is thrown for a loop when he finds himself tapped to lead the newly formed sixth branch of the US Armed Forces: Space Force. Skeptical but dedicated, Mark uproots his family and moves to a remote base in Colorado where he and a colorful team of scientists and “Spacemen” are tasked by the White House with getting American boots on the moon (again) in a hurry and achieving total space dominance.”

For first impressions, Space Force has a stacked cast. One just overflowing with comedic talent… and Noah Emmerich. Who will probably be season one’s villain, because that the “law of Noah Emmerich”. No way around it. As for the rest of the trailer? It looks fun, if not just low key fun. Something about the footage feels like it’s trying to cater to a bunch of people. The Office Fans, Silicon Valley fans, Final Space and Avenue 5 fans, with a sprinkling of Veep. You could easily also blame that on Netflix’s marketing department. In the past, they haven’t exactly done the best to put their show’s beat foot forward. Maybe that’s the case here. Them again, in the show’s press release, Carell stated that the show started off with merely the title:

Since Space Force will be landing on Netflix, it’ll be a little difficult to avoid the show. When there’s this much fanfare surrounding a project, you kind of tune in regardless. Even if just out of morbid curiosity. Put Carell, John Malkovich, Lisa Kudrow, Dan Bakkedahl, Ben Schwartz, Diana Silvers and more in front of a camera, there’s going to at least be occasional laughs. The bar might be high, with the touting of “from the guys behind The Office“, but we remain optimistic. Space Force lasts off, on May 29. Try not to get “Kokomo” stuck in your head, for the next few hours.