With the ever expanding Marvel and DC universe the slate of movies piling up in your must-see list are probably a mile long. Most extending out until 2020 and beyond. Couple the comic book universe with Star Wars and franchise reboots and you may never go outside again (except to drive to the movie theater.) With the help of McFly at OhMyZod we are here to give you a sneak peek at what is to come – just in case you missed something.

Marvel and DC still have some untitled films in the mix but you will still get your comic to screen fix until at least 2020. Some other notable films not on the list include an Indiana Jones reboot and several Disney films such as a live action Dumbo, Mary Poppins and Cruella (Starring Emma Stone.)

It’s so hard to pin down the ones I am most looking forward to but since you are twisting my arm, here are my top five in no particular order of favoritism.

Rogue One: A Star Wars Story

JJ Abrams brought back the grit and grime from the original trilogy and knocked it out of the park with ‘Star Wars: A Force Awaken’ bringing us new heroes and villains. So I am excited to see where the next chapter in the Star Wars universe takes us.

Guardian’s of the Galaxy Vol. 2

Star Lord infused the same sense of humor Ironman did into the Marvel cinematic universe. The obscure comic was brought to life by James Gunn (Super) and he nailed it. I can’t wait to see more superhero antics from Chris Pratt and his gang of rag tag superheros.

The big takeaway from Batman v Superman for me was the resurgence of  Wonder Woman. Gal Godot stole the show and I can’t wait to see her full length feature. She is a sexy. She is badass. She is Wonder Woman!

While Ridley Scott sold ‘Prometheus’ as a stand alone film and not a prequel to the ‘Alien’ films, we all knew it was. If there was any doubt the Xenomorph egg at the end all but tied things together.  ‘Prometheus 2’ is now known as ‘Alien Covenant.’ Michael Fassbender will reprise his role as David. Bound for a remote planet on the far side of the galaxy, the crew of the colony ship Covenant discovers a dark world whose sole inhabitant is David (Michael Fassbender), the synthetic survivor of the doomed Prometheus expedition. I loved the visual aesthetic ‘Prometheus’ brought to the Alien franchise and can’t wait to see what they have in store for us next!

So there you have it. Which films are you most looking forward to? Sound off in the comment section! 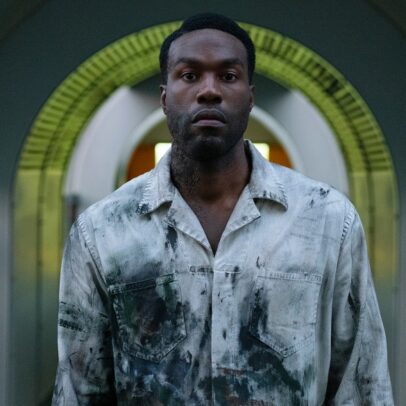