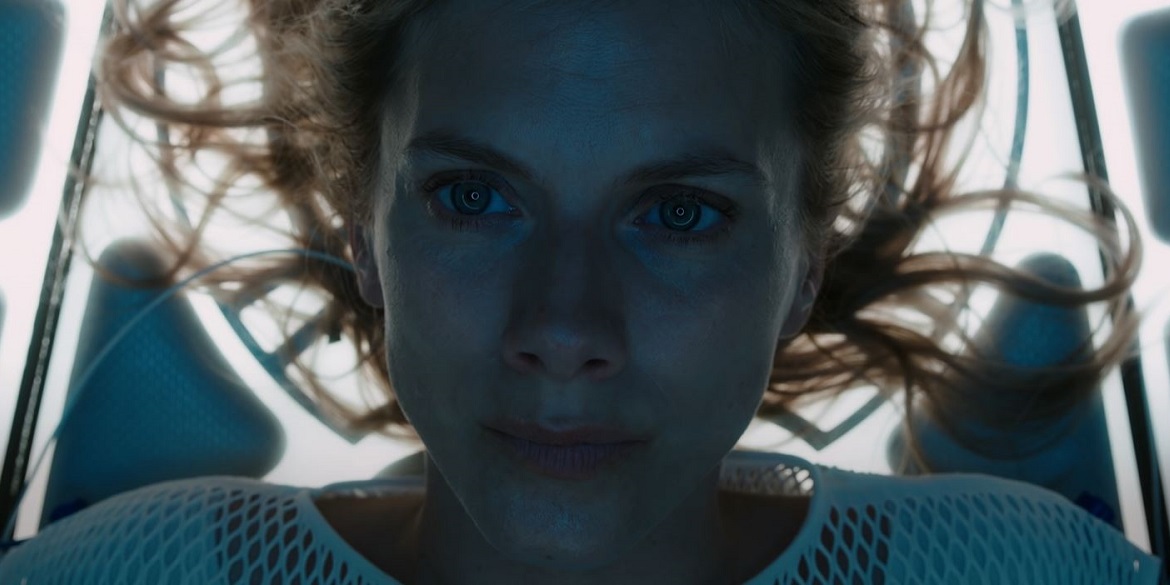 The easiest way to sell someone on a movie, is by having a novel gimmick at the core. It doesn’t have to be the best idea ever, just attention getting. The crazier or more outlandish the idea, the better. One of the easier ones to go with, has to be the “one location film”. Though it can invariably cause headaches with planning, on the screen it can be something special. With any luck, that’s exactly the space Netflix’s new film, Oxygen, hopes to take up. Just take a big breath before viewing this trailer.

As straightforward as the trailer is, here’s the official synopsis, in case you think your eyes were lying to you:

“A woman wakes up in a cryogenic unit with no memory. Quickly running out of oxygen, she must find a way to remember who she is in order to survive.”

So the first direct thought that comes to mind is “wait didn’t Ryan Reynolds do a similar, where he was in a coffin?” The answer is yes, that movie is Buried. Of course there’s two major differences at work here. First is obviously the sci-fi setting. For the limited amount of space there is to play with, it allows for viewers to have something to look at, other than a blank space. The second thing, is the involvement of director Alexandre Aja.

Having Aja behind Oxygen is what pushes it from mere curiosity to “front of the queue” material. In the past two decades he’s taken seemingly ridicould films and formed them into entertaining and often enthralling works. A deranged and gory The Hills Have Eyes remake. The comedy romp remake of Piranha 3D. An animal attacks film, during massive storm, in Crawl. Even when he doesn’t fully hit it out of the park (High Tension, Horns), his films are still memorable. Literally constrain and limit the space he has to play in for a film? There’s no doubt he’s capable of pulling out all the stops.