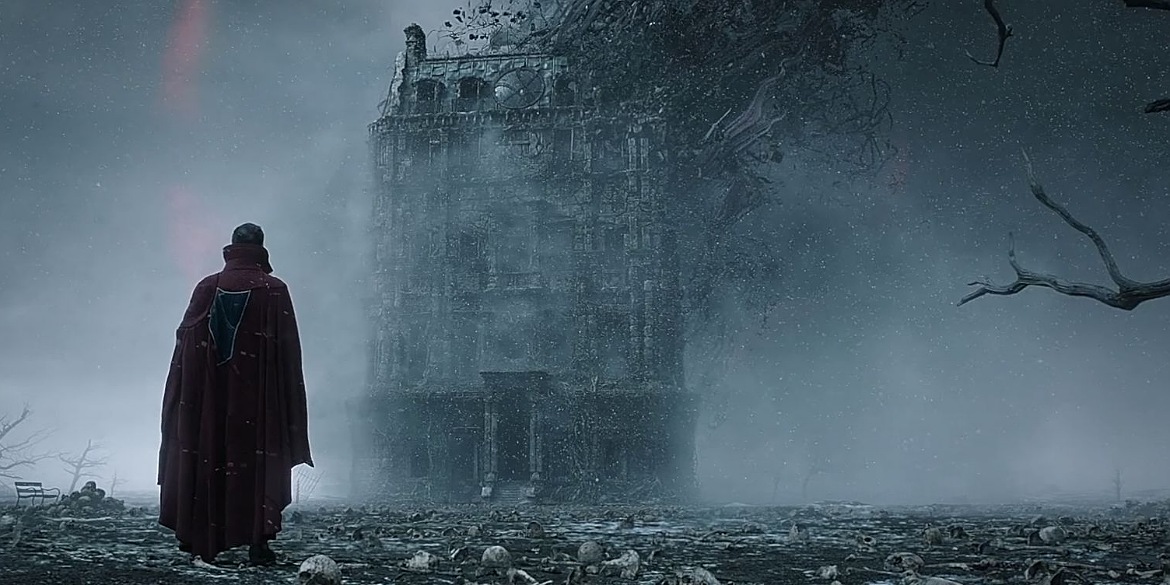 Ever since Spider-Man: No Way Home had a stealth Doctor Strange teaser as uta post-credits beat, there’s been a lot of questions that need answers. Because Marvel is now one of the biggest film studios out there, none have been given. Instead, on Super Bowl Sunday they have rolled out an official trailer for Doctor Strange In The Multiverse Of Madness, that’s just as twisty as that title.

Here’s the official synopsis, from which you may be able to extract a nugget or two:

“In Marvel Studios’ “Doctor Strange in the Multiverse of Madness,” the MCU unlocks the Multiverse and pushes its boundaries further than ever before. Journey into the unknown with Doctor Strange, who, with the help of mystical allies both old and new, traverses the mind-bending and dangerous alternate realities of the Multiverse to confront a mysterious new adversary.”

It was always expected that In The Multiverse Of Madness was going to be big and wild. None of us could have expected this and what it may mean for Doctor Strange (Benedict Cumberbatch). Multiple realities being traversed. Scarlet Witch (Elizabeth Olsen) just hanging out in a grove. A returning Baron Mordo (Chiwetel Ejiofor) Evil versions of Doctor Strange (maybe others). Fractured planes crumbling onto each other. The film looks absolutely insane with destruction and visual effects out the wazoo.

What may not have been anticipated, was the return of one of Marvel’s longest-running cinematic characters. That’s right, Patrick Stewart has entered the fray thanks to his dulcet tones and shiny head. While there’s been no confirmation, this is now a post No Way Home world, so everyone is on the table. Plus, the anti-chamber with large thrones high above a”court-like” area sure feels like a gathering space for the Illuminati.

For those non-comic fans, it was a group of powerful superheroes overseeing earth’s “best interests” and included the likes of Black Bolt, Namor, Mister Fantastic, Iron Man, Doctor Strange, and Professor X. If it is the Illuminati, then that could have major ramifications for the future of the Marvel Cinematic Universe.

Perhaps the best thing about this trailer is the overall excitement and mystery it creates for the film. As massive and exciting as the MCU films always feel, there’s a bit of fatigue settling in for some fans. Then there’s the fact that it’s now 3 years since Avengers: Endgame. Without a sense of exactly where Phase 4 of the MCU is going. There’s a chance that Doctor Strange In The Multiverse of Madness holds part of the key to that. Whatever the case may be, there’s a new Marvel movie directed by Sam Raimi in 2022, and that’s exciting. With the film not out until May 6, we may get one or two more surprises before it hits theaters. Keep your eyes peeled