Let Them Fight & Behold The Crazy Full Trailer for ‘Godzilla Vs. Kong’ 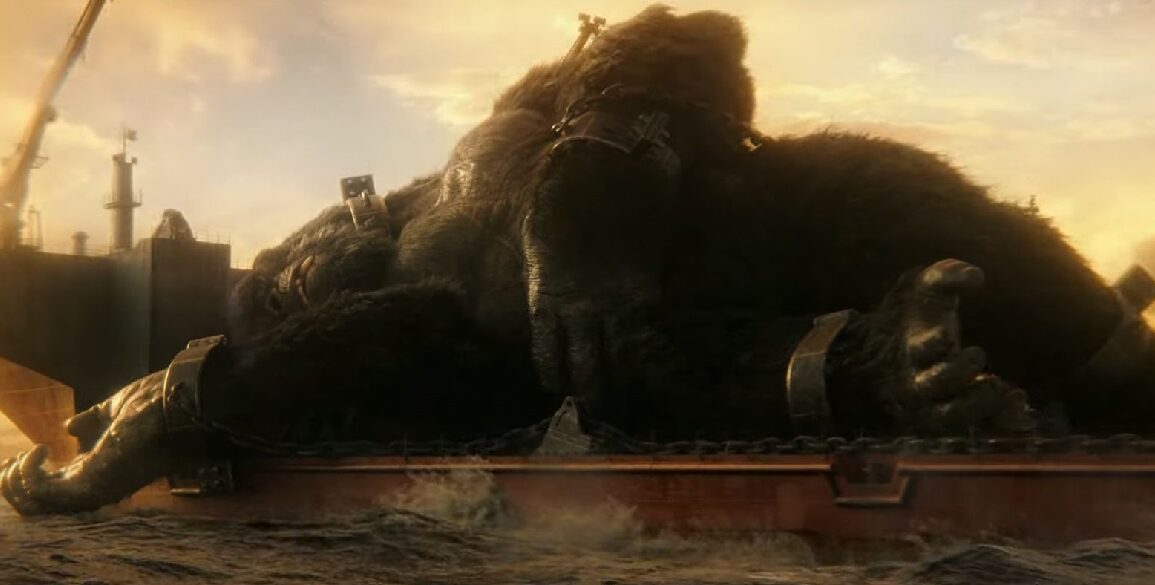 The day is here. For some, it’s just another day. Yet for many it’s a day of celebration and loud exclaiming. A day where beasts of gigantic size punch each other in the face. Over and over and over. It’s quite special. Anyways, here’s the Godzilla vs. Kong trailer. It’s highly advisable you watch this on the biggest screen possible and loud as possible. You might not be viewing this in a theater, but that doesn’t you can’t try to replicate the experience.

There’s a good chance that no one really needs a synopsis of Godzilla vs. Kong. That would just be silly. All people need to know is that there’s a lot of punching, atomic breath being fired, building beating destroyed and an abundance of time spent on the humans. It turns out, the official synopsis has a bit more going on than expected (*minor possible spoilers*):

“Legends collide in ‘Godzilla vs. Kong’ as these mythic adversaries meet in a spectacular battle for the ages, with the fate of the world hanging in the balance. Kong and his protectors undertake a perilous journey to find his true home, and with them is Jia, a young orphaned girl with whom he has formed a unique and powerful bond. But they unexpectedly find themselves in the path of an enraged Godzilla, cutting a swath of destruction across the globe. The epic clash between the two titans — instigated by unseen forces — is only the beginning of the mystery that lies deep within the core of the Earth.”

In the middle of the trailer, there’s literally a moment where they call out Godzilla not quite acting like himself. So, that doesn’t come as a surprise in the description. What does raise eyebrows, is the mention of “unseen forces”. Is that referring to alien beings? An old staple of Godzilla films from yesteryear? Does that mean we might be getting a strange outing where alien are pitting kaiju against each other, every few millennia or so? That’s a lot of questions, but it sets up a world of wild possibilities. And that is how you get people to watch your film. By doing something audaciously weird and outside the box.

What did you think about that trailer, dear reader? Are you thrilled by the mayhem? Excited by the glowing axe that seemingly comes out of nowhere? It’s a lot to take in and while there’s no telling how much of the film will be an all-out kaiju, this looks all kinds of amazing. Part of that is Godzilla. Part of that is Kong. The last element, that factors in, is the humans. When you plop Rebecca Hall, Alexander Skarsgard, Demian Bichir, Brian Tyree Henry, you’re hoping people notice. Same goes for putting Adam Wingard (The Guest, You’re Next) behind the camera. The outcome of if that’s effective enough, as well who wins the overall battle (hopefully the audience), is something most people will be able to find out when Godzilla vs. Kong erupts onto HBO Max & theaters on March 26, 2021.