When is fake news not… fake?  When you find out the trailer for Dundee: The Son of a Legend Returns Home may instead be real.  Danny McBride will supposedly be playing the son of 1980s icon Crocodile Dundee in a new movie also starring Chris Hemsworth as “Wally Jr.”, a local outback expert who helps him search for his missing father.

In a press release, Hemsworth says, “Working on this new Crocodile Dundee has been a dream come true. Being a proud Australian, the movie is legendary and I am honored to be a part of this next chapter.”

Some think it’s all part of an elaborate prank.  There’s a legitimate page for it on IMDb; however, the running time is only 3 minutes.  Might we learn more on Super Bowl Sunday?  Watch the first teaser trailer below; does it seem real to you?

UPDATE:
So is Crocodile Dundee back? Well, actually, he’s missing in the Outback.

The Sydney Morning Herald cited unnamed sources, that the clips are actually teasing an advertisement for the Tourism Australia campaign that will air during Super Bowl LII on 4 February 2018. Hemsworth, a native of Melbourne, has been an ambassador for the campaign since January 2016. 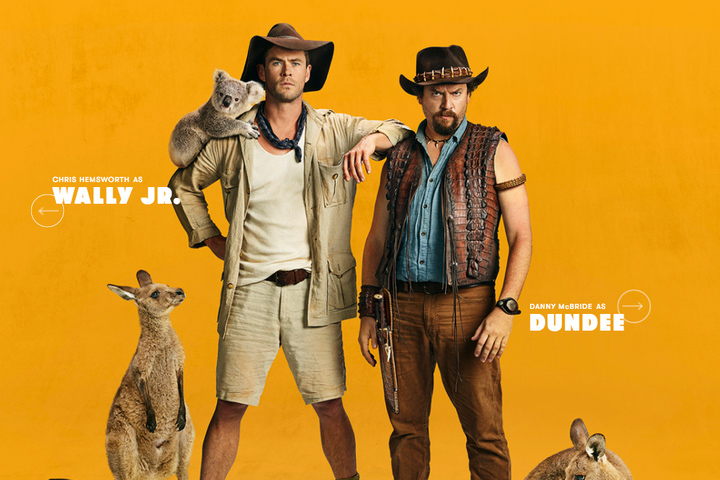