As we near the end of Women In Horror Month, Sixx Tape and Method Media release the poster from writer/director Jill Gevargizian’s upcoming short film 42 COUNTS, starring Najarra Townsend and Andrea Dover.  It was designed by Elijah LaFollette, photography by Hana Smith.

42 COUNTS is making its world premiere at the Chattanooga Film Festival in Tennessee, March 5-8.  Many of the cast and crew will be in attendance including Gevargizian and Townsend (actor/producer), as well as Chris Knitter (producer) and Jordon Rioux (director of photography/producer) of Method Media.

SYNOPSIS:
Based on a true story, two unsuspecting victims spend their night off watching scary movies in an apartment rented from their boss until they uncover something much more sinister than what they’re watching on screen.

Jill “Sixx” Gevargizian is most known for her multi award-winning short film THE STYLIST, that also starred Townsend.  She has another short about to hit the festival circuit, that she produced, BFF GIRLS, directed by Brian Lonano, also screening at Chattanooga. 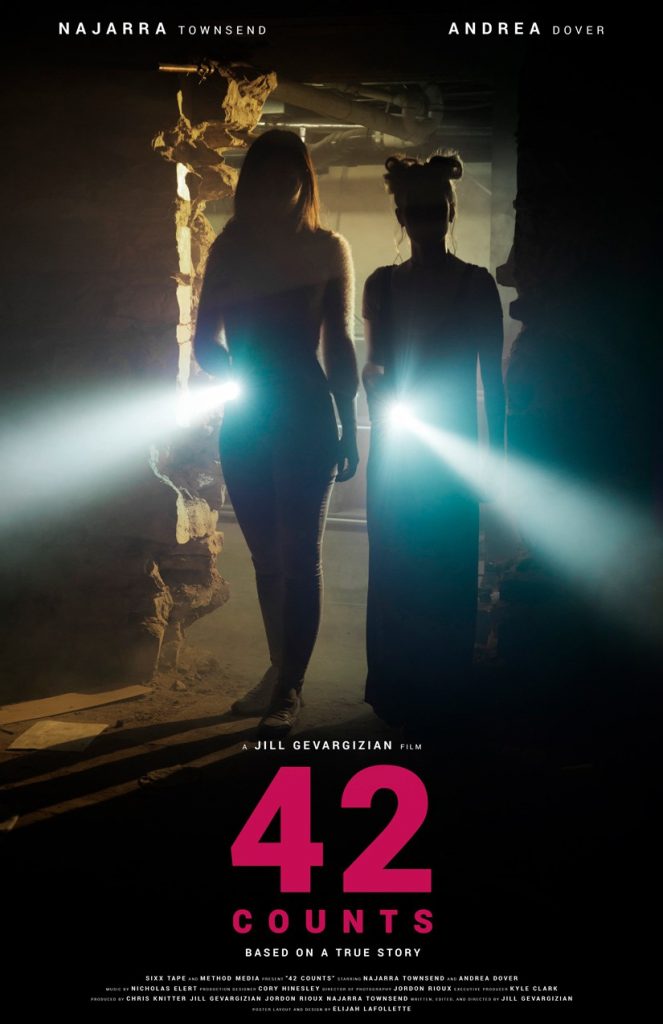