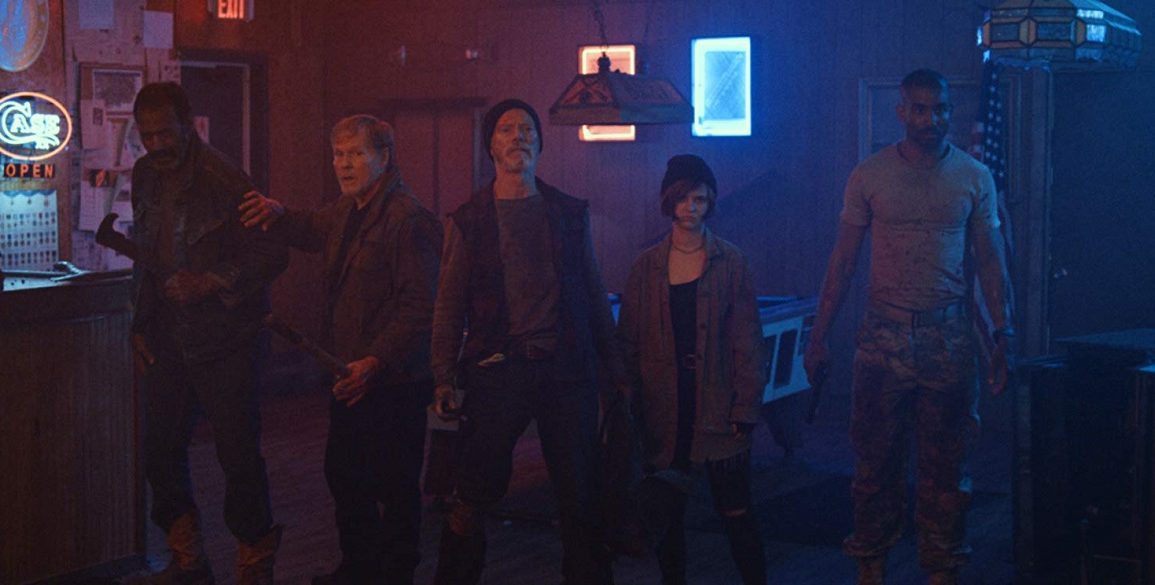 For lots of moviegoers January is a “roll over “month. Prestige movies hit smaller states. Award groups start handing out trophies. It’s also rather big time for film festivals, as well. Sundance usually dominates the news, with big name stars, as well as a bit of glitz and glamour. Yet in the Midwest, Kansas City specifically, there’s a festival that’s been growing steadily in size, while garnering numerous accolades. We’re talking of course about Panic Fest (Jan 24-30). If you aren’t familiar with the festival, shame on you, since it’s quickly becoming one of the best ways to start the year. As far as marathon movie-watching goes, anyways.

The past few years has seen the festival growing to major prominence. They’ve landed on MovieMaker Magazine’s Bloody Best Genre In The World for both 2019 and 2020. Their attending guest list keeps growing. The number of features and short films showing over the week feels like it doubles each year! Heck the theater hosting the event, Screenland Armour, has even added two additional screens in 2019. Best yet? This year Panic Fest has won a seal of approval from Fangoria! The long-running (and relaunched) magazine looks to have quite a presence, but read on for more on that. As the fest draws near and badges dwindle in number (most all but individual tickets are sold out), we thought we’d highlight a few films you won’t want to miss. And if you’re not game enough to head out to the Midwest, you’ll likely want to jot them down, for the future. These are films everyone will be talking about, throughout 2020.

Ask the majority of genre fans to name an underrated horror film and you have one name crop up continually: May. Lucky McKee’s 20 outsider flick stuck a nerve with viewers and turned them into ardent fans. Luckily for them, McKee has a new film that’s likely to find an altogether different audience. Think the best and trashiest 90’s lifetime-esque obsession flick and your on your way there. Part character study, family drama and crazy as all get out, Kindred Spirits gleefully commands your attention the whole way through. Plus, it’s got Thora Birch and Macon Blair

The trouble with lots of claustrophobic films is that the characters either suddenly become dumb or their science seems wonky. Enter Sea Fever, a new take on films like Alien or Leviathan, with a more cerebral slant. That’s not to say it get hoity toity, but the way in which a bad situation is handled (stuck in the middle of nowhere, mysterious illness) is strongly appreciated. Smarts, gore and chills unfold upon the screen, in director ‘s tight and compact little thriller

Adam Green makes his triumphant return to Panic Fest and it making it a full fledged celebration. He’s got a 10th anniversary screening of one of his earlier film planned (Frozen) and then recording a love podcast with co-host and good buddy Joe Lynch. What’s better than beating the cold, than watching a mean and frigid little film, followed by laughing your hypothermic buttocks off? We’re not sure, but we’re happy to find out!

The surprise hit of Fantastic Fest 2019, VHYes is a film entirely shot on VHS and Beta. If that wasn’t cool enough, it’s directed by the son of Tim Robbins and Susan Saradon. Plus it’s littered with a huge huge huge cast of comedians. What makes it all work, besides a feeling of authenticity, is a sweetness at its core. You aren’t likely to find a weirder or more entertaining new film, stuck in the past, this year. THIS movie is exactly what makes film festivals so special. The ability to find a unique film you instantly want to share with everyone.

In a just world, everyone will be championing Haley Bennett’s performance in Swallow, in just a few months. She’s just that good. It’s also just one element in what is an absolutely compelling and devastating character study of a woman on the brink of breakdown and self discovery. One that involves an obsession with swallowing inedible objects. Truly, it’s the perfect example of what a “genre” film is, combining drama, thriller and horror aspects, into a potent cocktail you won’t soon forget.

Many films say they want to capture a retro style or exploration vibe, but no one does it better than Joe Begos. Hot off the success of Bliss he’s coming back to the big screen with a film you HAVE to see with a crowd. Blues and red’s straight out of an Argento flick. A score that echoes Carpenter. Drug addled mutant punks that would make the Class of 1984 blush. The only thing between them and the potential destruction of the city, nay, the world? Stephen Lang, Fred Williamson, William Sadler, Martin Kove, David Patrick Kelley and George Wendt. It’s the geriatric blood-splattered version of The Expendables you never knew you needed in your life

Any horror fan worth their weight in gold, knows or has head of Shockwaves. If not, it’s probably one of the most popular podcasts around. With succinct, thoughtful, impassioned and well-researched discussions, fantastic guests and recurring bits, the team behind the show has been blazing a path that many have followed for a while. Though the whole gang won’t be present, Dr. Rebekah McKendry (who is also here with Nightmare University) and Elric Kane will be on hand to quench your thirst for horror.

All these selections are just the tip of the ice berg when it comes to what Panic Fest has planned. There’s several other podcasts lined up. A bevy of special guests who will be in attendance. Not to mention a giant short film showcase, that’s so big it had to be broken into multiple blocks. Do yourself a favor and head on over to the official Panic Fest website to see the whole schedule. Then keep your eyes peeled to our front page, where we’ll be bringing you updates from the festival, which runs January 24-30. Stay tuned!