Gal Gadot is in talks to star alongside Bradley Cooper in the new thriller, ‘Deeper’. The film will center on Cooper as an astronaut who travels to what is believed to be the lowest point in the ocean. Once there, he then faces off against mysterious supernatural forces. It sounds like a spooky ‘Abyss’, or ‘Event Horizon’ in water. The film will be directed by Kornel Mundruczo, the director of the 2015 Hungarian drama ‘White God’ and is based on an original screenplay internet provocateur Max Landis. Landis and David Goyer will produce.

Gadot most likely has her pick of roles after the huge success of ‘Wonder Woman’, so one would have to assume this is a quality project. Mundruzco had solid buzz around him after ‘White God’, Cooper is one of America’s favorite and most bankable leading men & Gadot is the new “It Girl”. The Max Landis of it all gives me pause. Although with this many quality people are on board, let’s hope it’s a little more ‘Chronicle’ and a little less ‘Victor Frankenstein’. 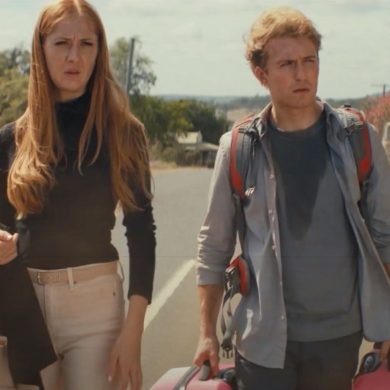