Walk Without Rhythm And You Won’t Attract The Worm, While Watching This Giant First Trailer For “Dune” 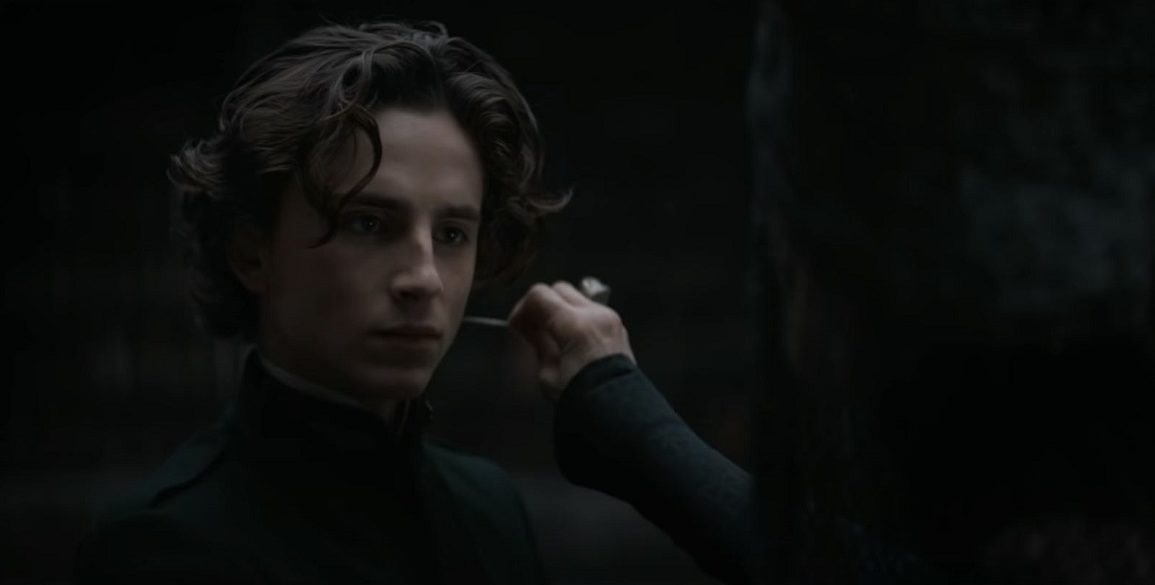 Over the last couple of months, when asked most people would say that Tenet was the movie they most anticipated coming out. Part of that had to do with theaters being closed and people likely holding hope for a re-opening. Besides that film, the BIG answer would likely be Denis Villeneuve’s adaptation of Dune. A film that easily caters to both fans of the property and those who have never heard of Frank Herbert’s sci-fi classic before. Why you ask? Well just take one look at the first released trailer and it becomes obvious.

If you aren’t familiar with Arrakis, Spice or Shai Hulud (not the band), here’s the official synopsis:

“A mythic and emotionally charged hero’s journey, ‘Dune’ tells the story of Paul Atreides, a brilliant and gifted young man born into a great destiny beyond his understanding, who must travel to the most dangerous planet in the universe to ensure the future of his family and his people. As malevolent forces explode into conflict over the planet’s exclusive supply of the most precious resource in existence—a commodity capable of unlocking humanity’s greatest potential—only those who can conquer their fear will survive.”

This trailer has just about everything you could want in a first look. There’s so much content on display and admittedly a lot to take in. You’ve got familiar faces like Oscar Isaac, Timothee Chalamet and Zendaya there to distract you, The fact that the marketing department isn’t holding anyone’s hand here is a good sign too. Villeneuve has gone on record specifically stating what his intent was with the film. Mostly in the form of those great quote from an interview with Yahoo, back in 2017:

“I’m going back to the book, and going to the images that came out when I read it.”

From the look of things, it’s a grand vision that Villeneuve had in his head. Stacking the box with an AAA-list cast is sure to help things too. As per 2020, the big question is if this is strictly a theatrical release. The majority new films have recently taken to the theater/VOD day-and-date model. Mulan and Tenet being the outliers with only one or the other. Since Dune is a Warner Bros film, like that latter film mentioned, they could stand firm in their “theatrical only” stance.

So, we leave it to you, dear readers. Are you digging what’s going on in that trailer? Have you read the books before? Most importantly, if Dune is only released in a theater, how likely are you to make that trip? Dune is set to be released on December 18, 2020. Any way you slice it, this is going to be one of the biggest films of the year.