Pour One Out, FilmStruck is Shutting Down

Sad new today for all of us who love Art house and classic Hollywood films. Warner Media’s streaming service, FilmStruck, is ceasing operations on November 29, 2018. The move is apparently inspired by AT&T (The parent company of Warner Media) and their desire to streamline their entertainment options. FilmStruck has been labeled a niche service for them and therefore not needed.

FilmStruck was launched two years ago and was the official home of the Criterion Collection’s streaming library. The also had a curated TCM library that only got better as the service went along. Last year the company added some of the most famous titles from the Golden Age of Hollywood. This made FilmStruck feel like the perfect place if you were someone who loved Kurosowa & Houston. It also allowed for great discoveries like Wong Kar-wai, Hal Ashby & Yasujiro Ozu. The great artists are unlikely to ever be found by Netflix’s Algorithm.

Those of us proud, and let’s be honest few, subscriber’s will have one last month with the service. We will have a few more weeks to try and finish the Bergman filmography, or if you’re like me; finally get around to watching the 3 Plus hour epics that always seemed too intimidating. I am talking about you David Lean & Andrei Tarkovsky.

A trip to their website could result in you finally watching ‘Breathless’ and seeing if it really is as brilliant as everyone says (Spoiler: It is). It could also mean listening to Bill Hader or Barry Jenkins be interviewed about their favorite Art films and what got them into cinema in the first place on ‘Adventures in Moviegoing’. It could mean trips down memory lane by watching old episodes of ‘Split Screen’ and basking in the glory of John Pierson. My favorite FilmStruck piece of content may honestly be the Willem Dafoe episode of the show ‘Fishing With John’. I’ve shown it to more people than I can count and still say “Cheese on Cheese” to this day. This service won’t be missed by many, but it will be missed.

I am hopeful most of the titles will eventually find a new home in the streaming world. You can imagine that the Warner’s titles will end up on HBO or the eventual Warner Media streaming service. Maybe Criterion will move their films back to Hulu, or find a new streaming partner. But we will lose the feeling that FilmStruck brought. It was the closest you could get in the digital age to the excitement of going to a repertory screening or an art-house theater.

Were you a loyal FilmStruck watcher? Where do you think the Criterion Collection will end up next? let us know in the comments and be sure to checkout our homepage and follow us on Facebook & Twitter.  Always check back with Boom Howdy for more up-to-date news, reviews & podcasts! 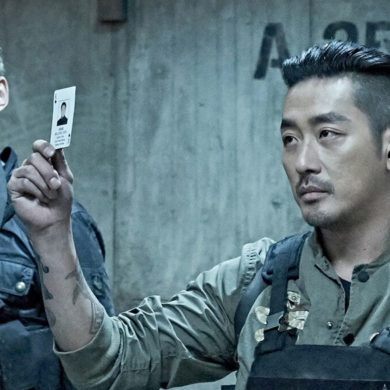