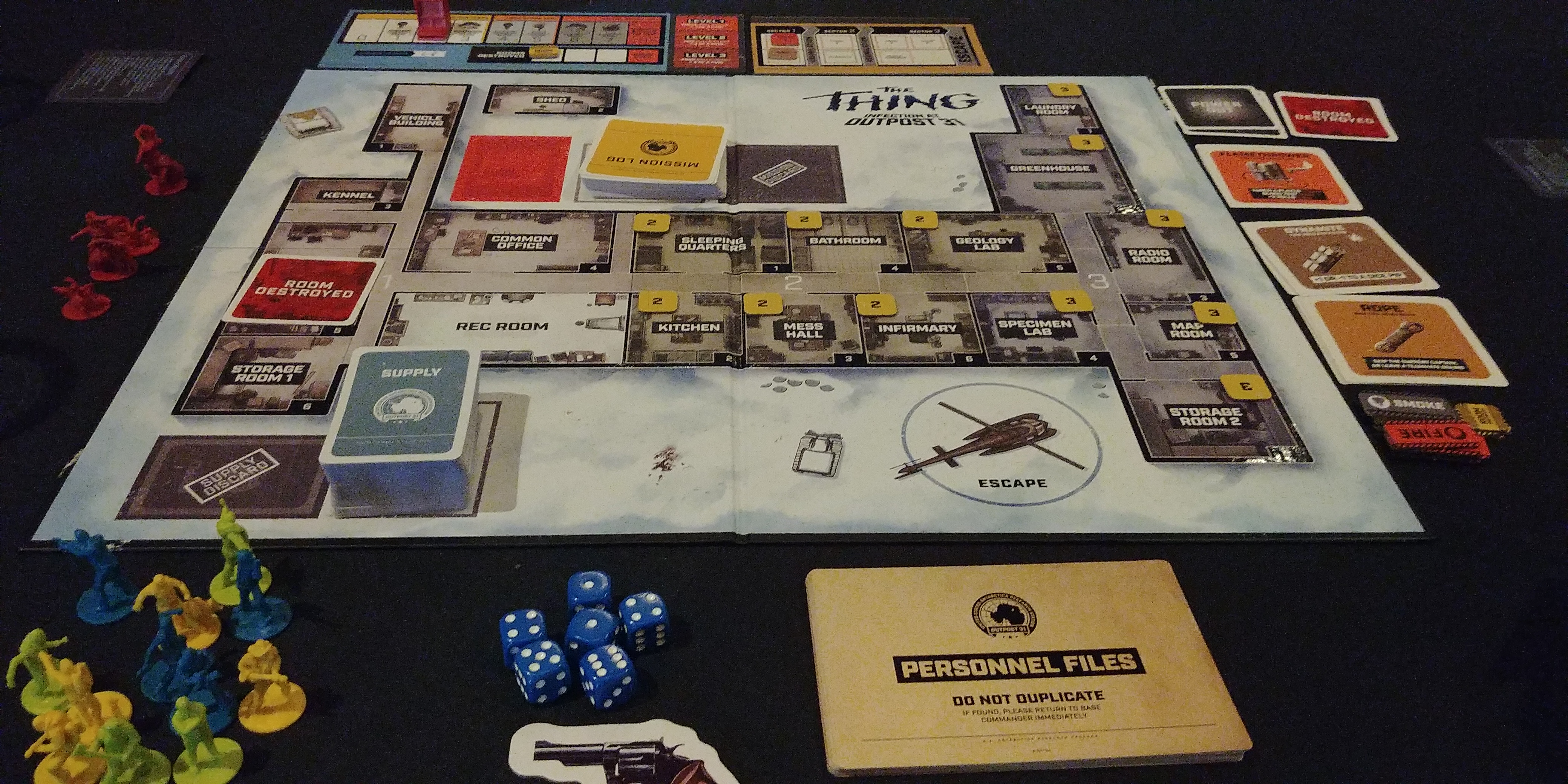 In addition to all the movies that take place over the week, there’s always a series of events to partake in as well. There actually a large portion of Fantastic Fest that’s relegated to a second location that pertains entirely to games. Unfortunately, since this is a slight jaunt away, I decided to engage with two gaming opportunities that were on-site. Both were rather different experiences, but nonetheless heart-pounding tense forays into things people will be able to get their hands on in the next several months.

THE THING: INFECTION AT OUTPOST  31 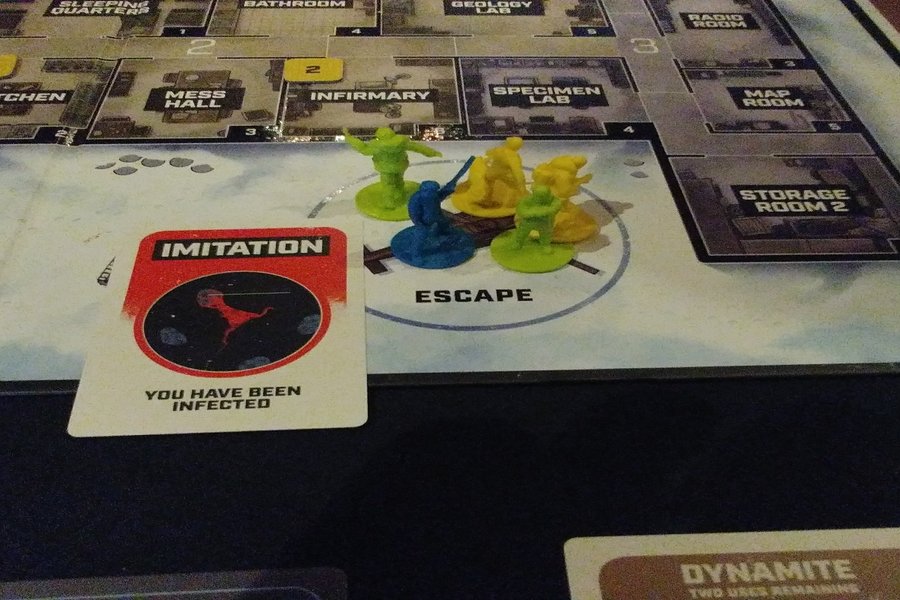 Anyone who follows MONDO has been away of this venture for a while. Teaming up Project Raygun they have put together a board game that captures the intense claustrophobic atmosphere from John Carpenter’s masterpiece, 1982’s The Thing. Up to 9 players are able to engage in the festivities, but as this is a game of trust, you should be careful who you allow to join in.

The game is played in a series of rounds, with one player taking the role of Captain the start of each round. Everyone is given player cards at the start, each pertaining to a different character from the game. In addition to special abilities, each profile comes with a class designation (Ops, Science and Maintenance). These are keys, since the captain will chose a “Mission Log” at the start of each round that decides how things proceed. The card then breaks down the parameters: number or players needed, what classes may been in the “team”, as well as what needs to be done to “pass” that mission.

Trust gets employed on who you take on each venture onto the board. Every player has a “blood test”, which lets them know if they are human or an imitation. No one is allowed to share the knowledge of their card until the very last moment of the game. To make things a bit more hectic, sabotage cards are hidden in a supply deck that each player has 5 of at any given time. 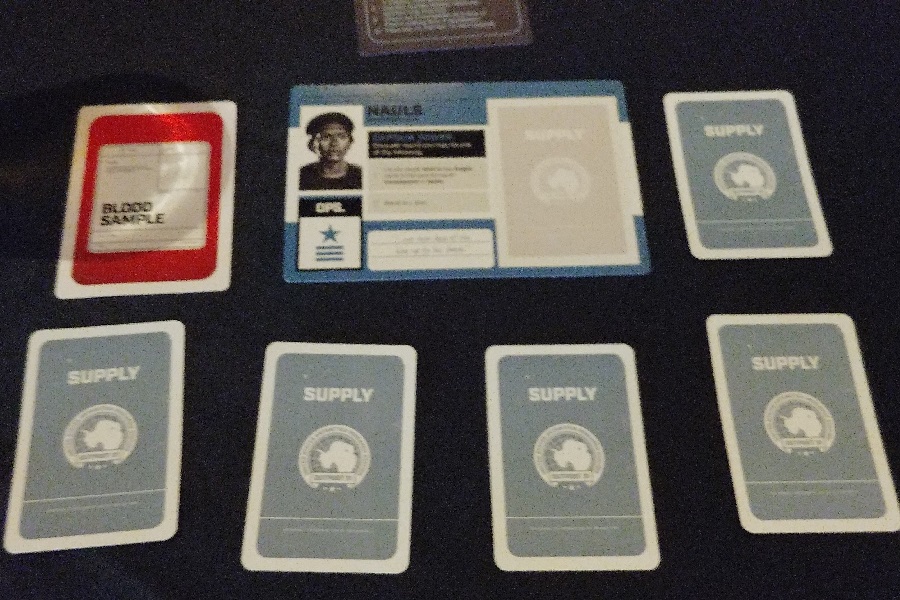 It sounds like a lot to process, but after 1-2 goes, it can be picked up easily. Tension ramps up as rooms are destroyed and the motives of other players come into question. While the choosing of who goes on different missions with you may seem easy at first, should you fail different turns due to sabotage cards, or certain measures not being met, you start to keep track as to whom is constantly on the board when this happens.

Things get even worse as some rooms on the board may loose power, smoke may pop up (which eventually turns to fire). Part of the way to combat these issues are rewards for “succeeding”. A flamethrower, some rope or dynamite can turn the tide if everything seems dour.

Again, trust comes in here as most special cards can only be used once. In the final stretch of the game you’re tasked as a team to make a last ditch effort to escape. Here every player must unanimously select a new Captain to lead a team onto the helicopter, which either means they’re safe, or humanity is lost. In the case of the game I played, one imitation made it out, which means we sadly lost. The person who held the card preyed upon the fear of other people in the group, convincing them both that they were human and that others may not have been what they seemed. 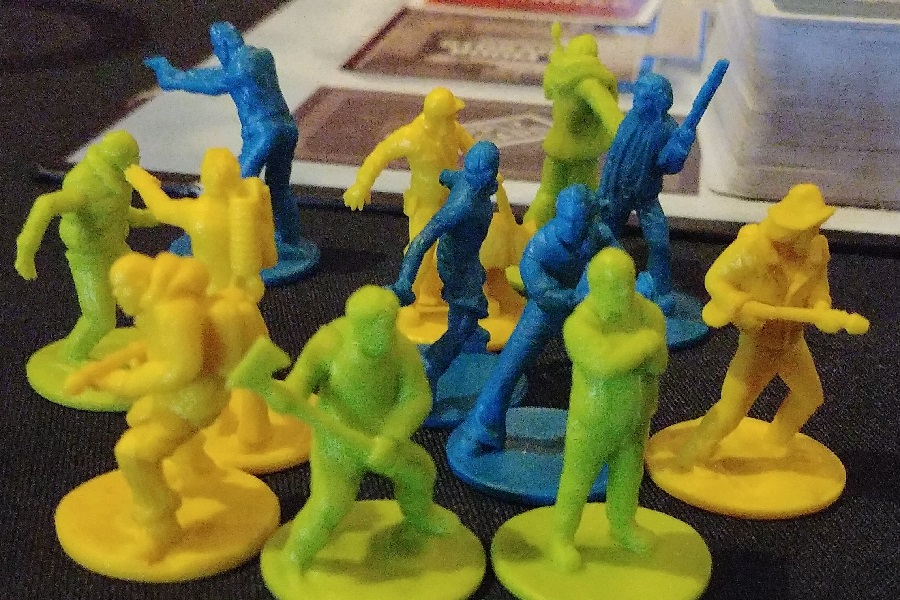 From top to bottom MONDO & Raygun have put a lot of care into the game. From the different sized cards, illustrations on the board and the playable pieces themselves, it is rather striking. Games can be as short as 30 minutes or last up to 2-3 hours. Game skill depends on those involved, but even people who aren’t usually into board games should be able to pick it up with ease. It will be a “must buy” for any fan of the movie, that much is a given. 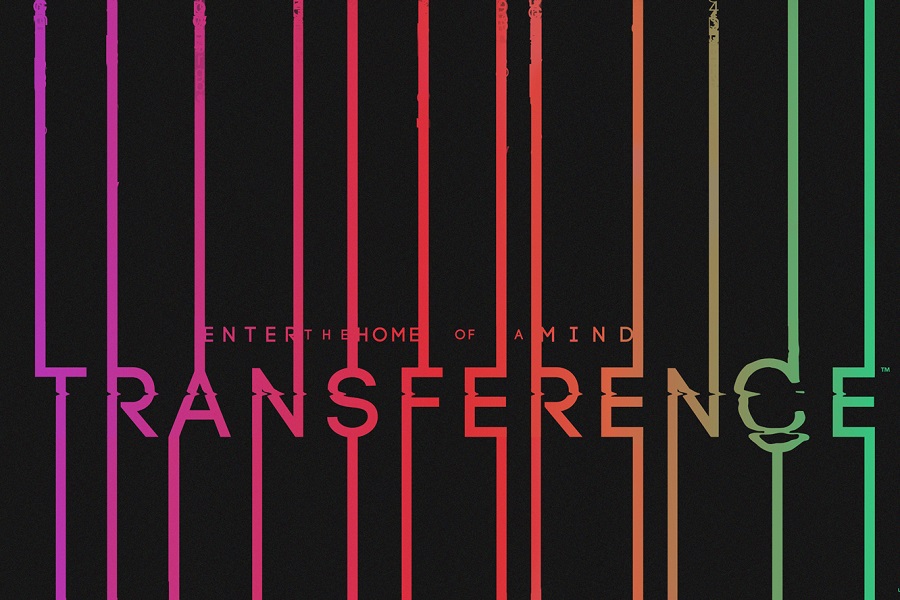 Also at the South Lamar location was a VR demo for a game tentatively called Transference, that comes from a partnership between Spectrevision and Ubisoft. While the demo only gives a sample of what the groups hope to accomplish in a full game, the blending of two world’s is seamless.

The playthrough starts with a short intro video, setting the scene. A research group has started a study where they brain scan individuals with PTSD or other brain maladies, in the hope of studying and possible finding a way to cure people of what ails them. Of course you, the research developer describing the process pauses at the wrong moments, while attempting insure your safety. He stresses that what you are seeing is merely a recording that has be cataloged and converted into 3D environment so that objects can be manipulated. He again stresses that nothing can hurt the individual entering the space. Or at least it shouldn’t.

There’s two time periods that are navigated in the demo, triggered via light switches, inside the apartment constructed from a test subject’s memory. Like most “narrative-driven” games you can pick up objects, flip switches and engage in light activities that are preset. Controllers in each hand appear as floating green digital representations before you.

It’s a little difficult to navigate at first, but after a minute or two, you should become accustomed. The time periods of 1993 and 2003 are captured by calendars, team pennants, pictures and at one point a broadcast of George W. Bush discussing the war in Iraq. 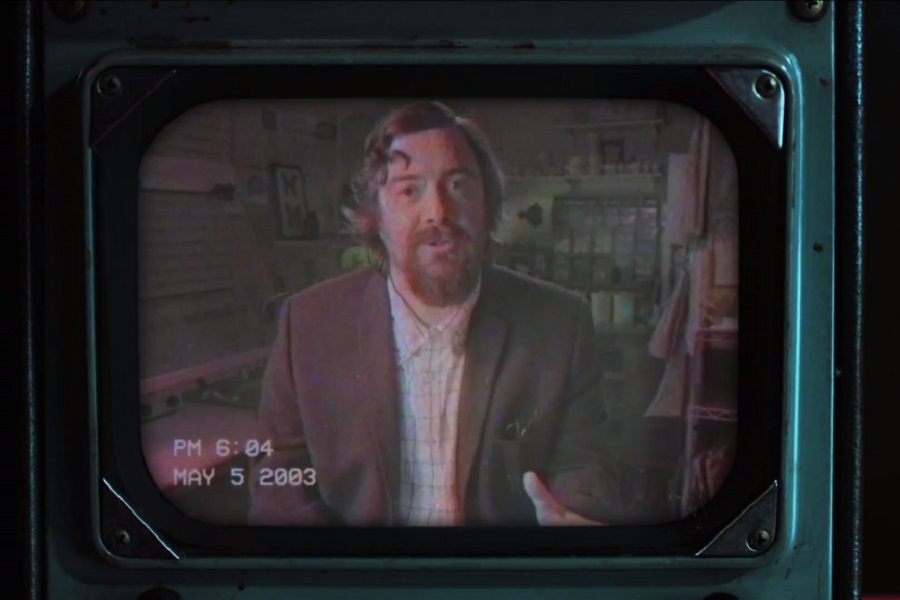 It isn’t exactly overly creepy, but there is a sense of impending dread while navigating the various rooms and figuring out the handful of puzzles that are strewn about.

I’m not a big VR person traditionally, but I could feel my hear raise a few times, worrying about things that I felt were going to lead to a “bad” moment.

I failed a couple of times as nerves got the best of me, but was able to complete the demo in relatively short time. The representative from Ubisoft I spoke with said that it was a small sample of the final product they plan to put out next year and said that working with Spectrevision has been illuminating in helping them bridge the gap between game and film. Whatever the end result is, the demo has me very very interested.

All in all, it was a fun experience. Just another excuse to take a few rounds throughout the week and try something that isn’t watching a movie. As strange as that may sound. Either way, it leads to a fantastic time.

Watch the Trailer Debut for Osgood Perkins’ “The Blackcoat’s Daughter”