We’re knee deep into Disney’s live-action overhaul of all it’s classic films. A long term plan that will see theaters overrun with offerings, long past most of us will be alive. They’ve attempted to keep the films fresh, alternating between older and newer classics, while tapping established directors to tackle the monumental tasks. Now it’s Tim Burton’s turn, with Dumbo. Thanks to the trailer, which dropped last night, we have a glimpse of what it will look like.

The inclusion of “from the imagination of Tim Burton” is tantamount here, as this trailer gives off a distinct Big Fish vibe. Second biggest takeaway? There’s a major focus on the human element. Admittedly, if you’re going for a more grounded take, then a talking elephant may seem out of place. Yet for all the whimsy and colors on display, something feels off. That could just be a byproduct of only having a snippet of the story. Expanding the story to a film that’s just over an hour long, allows for a few liberties to be taken. If the visual splendor doesn’t hook you, there’s a chance the cast will. Colin Farrell, Danny DeVito, Eva Green and Michael Keaton make for a heck of a line-up.

Here’s your official synopsis on how the story is being updated:

“Circus owner Max Medici enlists former star Holt Farrier  and his children Milly and Joe to care for a newborn elephant whose oversized ears make him a laughingstock in an already struggling circus. But when they discover that Dumbo can fly, the circus makes an incredible comeback, attracting persuasive entrepreneur V.A. Vandevere , who recruits the peculiar pachyderm for his newest, larger-than-life entertainment venture, Dreamland. Dumbo soars to new heights alongside a charming and spectacular aerial artist, Colette Marchant, until Holt learns that beneath its shiny veneer, Dreamland is full of dark secrets.”

One element not missing from this footage, is the possibility that this ends up being a tearjerker. For all the eventual joy and triumph, Dumbo is a story packed to the gills with weepy moments. We’ll tentatively advise bringing a packet of tissues or two along, just in case. You probably won’t want to miss the moment when he eventually flies.

Are you thrilled that Dumbo is getting the live-action treatment? Do you think Disney can sustain their once a year pace of remaking a beloved film from their vaults? What would you love to see them do next? Let us know down in the comments.  Dumbo soars into theaters next year, on March 29th. In the meantime, here’s a look at the new poster. 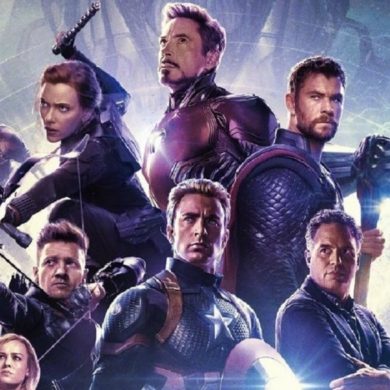