Since Disney effectively went and snatched up half of the known filmmaking world, one question has festered in the mind of the public: “is Deadpool going to be part of the Marvel Cinematic Universe?” It’s a natural question for people to bring up again and again and again, since Disney assimilated 20th Century Fox. Compared to the last few X-Men movies, Deadpool has seen both financial and critical success. Of course, the element that partially made him so novel (that high-falutin R rating), seemed like something those at the Mouse House and Marvel, may not bee too keen on. Apparently, those two may be looser than you’d expect, as Deadpool 3 is officially a go.

Speaking with Collider, Kevin Feige dropped a couple of tid-bits about the project, in an interview. He also made sure to highlight that Deadpool will be a full-fledged MCU character:

“It will be rated R and we are working on a script right now, and Ryan’s overseeing a script right now… It will not be [filming] this year. Ryan is a very busy, very successful actor. We’ve got a number of things we’ve already announced that we now have to make, but it’s exciting for it to have begun. Again, a very different type of character in the MCU, and Ryan is a force of nature, which is just awesome to see him bring that character to life.”

Naturally, Ryan Reynolds had the perfect response to this new, via Twitter:

Getting the sad news out of the way, it appears we aren’t likely to see this film for another year or 2. The fact that Deadpool is getting a third movie and gets to be R-rated, within the MCU, makes the wait worth it. Throwing more fuel on the fire, Feige brought up that Lizzie Molyneux-Loeglin and Wendy Molyneux were knocking out a script. If those names don’t immediately come to mind, you likely aren’t fans of Bob’s Burgers. The sister have worked on that show as story editors and writers, for years. That shows sense of humor and sensibility pairs perfectly with the Merc With A Mouth.

Adding a Deadpool film to the Marvel stable is a win-win. On one hand, it’s a guaranteed moneymaker, that doesn’t even have a production start date. On the other, it shows fans they’re willing to move outside the PG-13 rating, if just this one. It’ll also go a long way to help bring 20th Century Fox titles into the fold. With all the other upcoming films on Marvel’s plate (Doctor Strange in the Multiverse of Madness, Thor: Love & Thunder, Spider-man 3, Captain Marvel 2) there’s going to be enough content to last a while. The only thing there is to worry about, is fatigue. After 20+ features, that may seem silly. Yet imagine a world where Deadpool 3 is something everyone just shrugs at. That’s the thought that’s sure to keep Ryan Reynolds awake at night, while he sleeps on a bed make of money.

More on this film, whenever it happens to come to light. 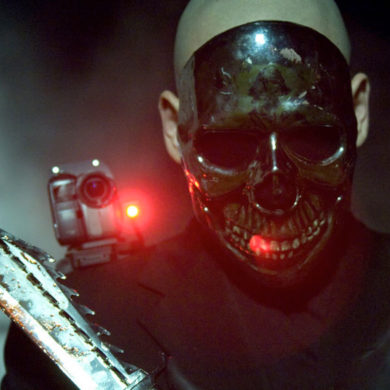