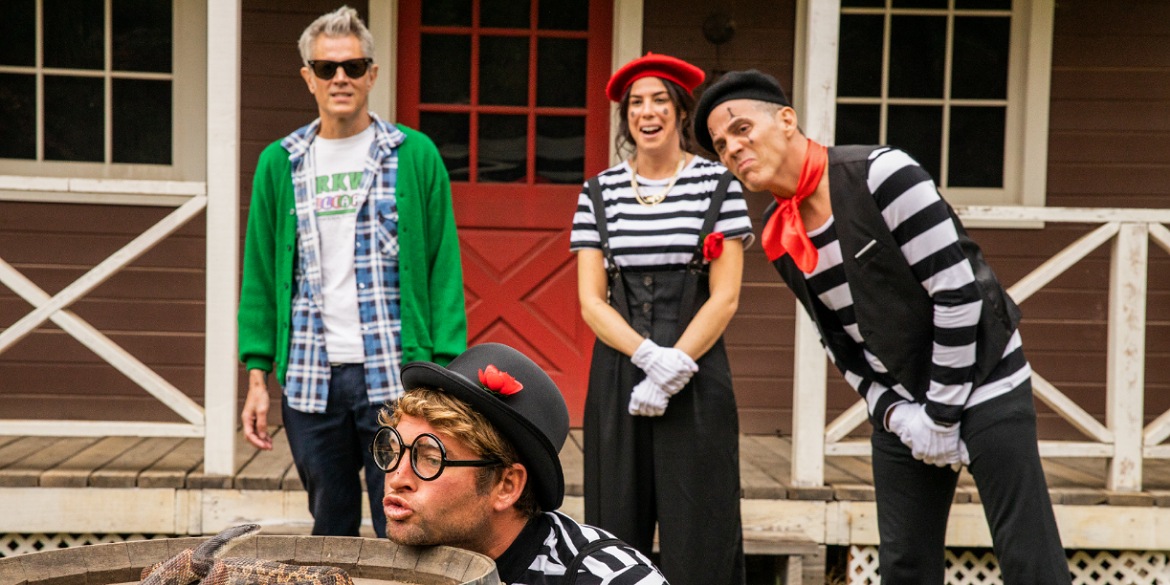 It may be January 2022, but you might be mistaking things for 2020 or the early ‘00s, as a new Jackass film is on the way. That’s right, some 22 years after the hit MTV show first hit the airwaves, the 4th (though technically 6th) film is right about to hit theaters. As in, if this article were drawn out enough, you’d be able to catch a showing when you finished reading this. Instead, we’re giving you the chance to see Jackass Forever before anyone else. Granted that you are in the Kansas City area and are willing to jump through one super duper easy hoop.

So up above it was referenced there would be a hoop to jump through. That only makes sense as this is a screening for Jackass Forever. There should always be some foolish stunt involved, in which your friends would potentially have a laugh and you’d gain a story. Yet then there were talks of grievous bodily harm, potential lawsuits, yadda yadda yadda. So it was decided something much easier needed to take place. Though a few of you may potentially sprain a muscle. All you have to do is click the button below. That’s it. Click it and claim your passes before anyone else. There are 20 passes good for yourself and a guest. No purchase necessary. No tricks. No stunts. Just you, laughing at other people getting hurt. It’s the best medicine anyone could hope for.

“Celebrating the joy of being back together with your best friends and a perfectly executed shot to the dingdong, the original jackass crew return for another round of hilarious, wildly absurd, and often dangerous displays of comedy with a little help from some exciting new cast. Johnny and the team push the envelope even further on February 4 in jackass forever.”

Good luck to everyone who tries to snag the free passes! Don’t forget to check out Jackass Forever when it releases only in theaters on February 4, 2022!