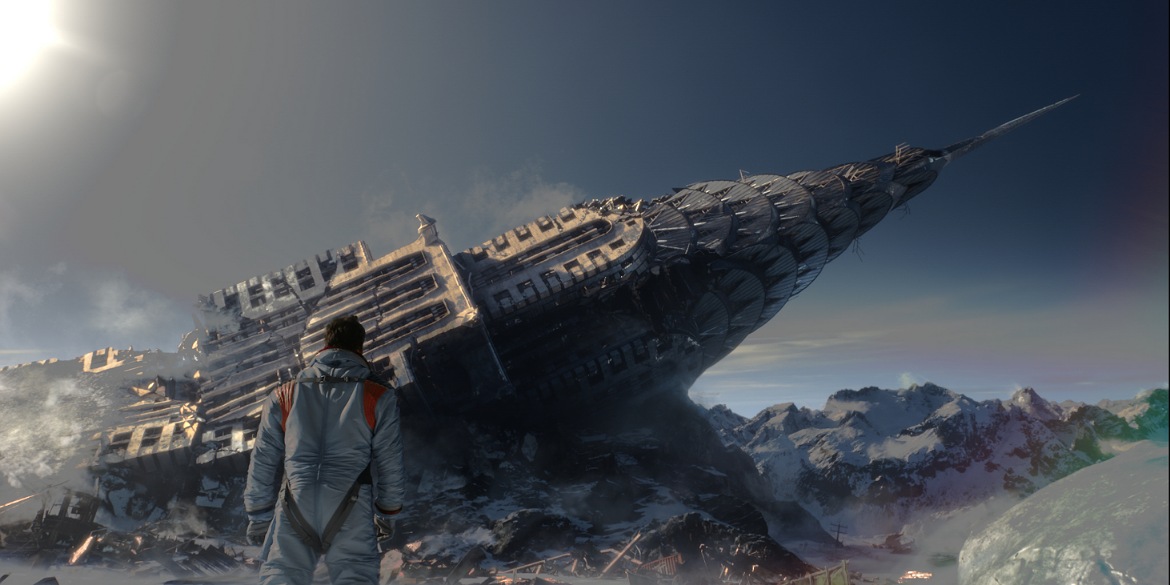 Some movies just have to be experienced in the theater. The grand spectacle of a large large screen, in a dark dark room, watching the enormity of something has a special power. Even more so when it’s the totally bonkers bug-nuts disaster epics that Roland Emmerich tends to cook up. Often putting all logic to the side, he’s one of those directors who knows how to get people into a theater. Which is why we’re giving a few lucky people the chance to see his latest slice of insanity, Moonfall…for free.

Keeping things simple is the name of the game here. Get the question right and you are on your way to the moon! Or at least you and a guest will gain access to a special advance screening of Moonfall.

No purchase necessary. So that means you have next to excuses not to enter! Simply click the button below and send off the answer to the following trivia question.

“Roland Emmerich has worked extensively through his career with this writer and director, under the banner Centropolis Entertainment. What is the name of the other writer-director?”

Entries will be accepted until the contest ends on Sunday, January 30th, at 11:55 PM CST. Winners will be contacts with further details pertaining to the screening. Good luck to everyone that enters and be sure to check out Moonfall when it crashes into theaters, starting February 4, 2022.

“In Moonfall, a mysterious force knocks the Moon from its orbit around Earth and sends it hurtling on a collision course with life as we know it. With mere weeks before impact and the world on the brink of annihilation, NASA executive and former astronaut Jo Fowler (Academy Award® winner Halle Berry) is convinced she has the key to saving us all – but only one astronaut from her past, Brian Harper (Patrick Wilson, “Midway”) and a conspiracy theorist K.C. Houseman (John Bradley, “Game of Thrones”) believes her. These unlikely heroes will mount an impossible last-ditch mission into space, leaving behind everyone they love, only to find out that our Moon is not what we think it is.”