The Coen Brothers are Coming to Netflix

Netflix announced today that the much anticipated Coen Brother’s limited series ‘The Ballad of Buster Scruggs’ will premier on their platform in 2018. This is notable due to the fact that Scruggs will be the the Coen’s first foray into television. They are listed as exec. producers on Noah Hawley’s ‘Fargo’ series. That is a largely ceremonial title though, as they do not have anything to do with that show. The Coen’s announced their excitement for the new project in the most Coen-esque joint statement possible:

The show will feature 6 different stories about the wild west and will star Coen alum Tim Blake Nelson as the titular Buster Scruggs. The Coens will write, direct and produce the entire series. They will also serve as exec. producers for this show as well alongside Megan Ellison, Sue Naegle & Robert Graf. Annapurna Television will develop the series.

Netflix feels like the perfect home for Coen Brothers longform project. They have previously discussed how they don’t really care to be involved with the ‘Fargo’ television series. They’ve even said their ideas don’t translate well to television. With Netflix, though they’re not releasing hours of content piecemeal like they would with, say, FX. Instead the entire 6 part project will be able to viewed at once. I will be very intrigued to see if this feels like one long film, 6 films, or a traditional limited series. 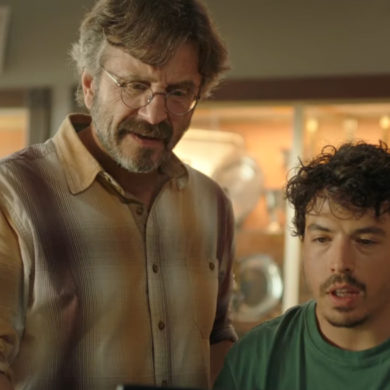 REVIEW: Sword of Trust Examines Truth in an Age of Fake News