Check Out The Weirdly Fun Teaser Trailer For Hulu’s ‘Solar Opposites’, From The Co-Creator Of ‘Rick & Morty’ 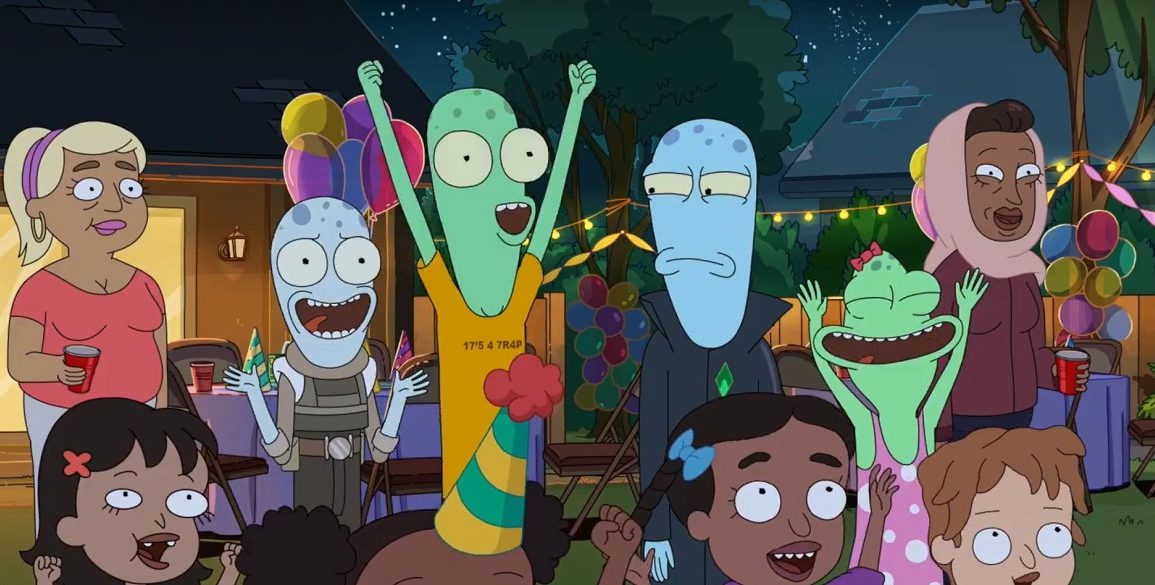 There’s a good chance, if you’re like us, you’re constantly waiting for the 2nd half of Rick & Morty Season 4 to pop up. Sometime. Hopefully soon. Yet, while that wait continues to drag out, co-creator Justin Roiland has something to heal your wounds. Namely, a new animated tv show, that he made with former Rick & Morty head writer Mike McMahan, called Solar Opposites. Better yet, we’ve got an completely insane teaser trailer, letting you know how big nuts things will get. If you’re a fan of that other show, you’ll be prepared for what you see. If not, well, maybe you’ll chuckle still.

Here’s the official synopsis for the series, even though you can kind of tell above:

“Solar Opposites centers around a team of four aliens who have escaped their exploding home world, only to crash land into a move-in ready home in suburban America. They are evenly split on whether Earth is awful or awesome. Korvo (Justin Roiland) and Yumyulack (Sean Giambroni) only see the pollution, crass consumerism, and human frailty, while Terry (Thomas Middleditch) and Jesse (Mary Mack) love humans and all their TV, junk food, and fun stuff. Their mission: protect the Pupa, a living super computer that will one day evolve into its true form, consume them and terraform the Earth.”

It’s easy to say that Solar Opposites probably isn’t for everyone. We’re not everyone though. As insane and weird and disturbing as it all looks, it also appears rather funny. Take the shenanigans of Invader Zim, mash it with Rick & Morty sensibilities and slap it on a Disney adjacent streaming platform and we’re sold. Potentially the best bit here, is that ALL of season 1 gets released at once. Which isn’t usually how Hulu rolls. No one’s complaining though, as this is merely a happy development.

What did you all think of the teaser? Do you crave sitcom insanity in your life? Are you big fans of Rick & Morty? Has there ever been a point where so many teen or adult centered animated shows were being massed produced. The space below is open for your thoughts. As stated before the entirely of Solar Opposites Season 1 drops all at once, exclusively on Hulu, starting May 8.