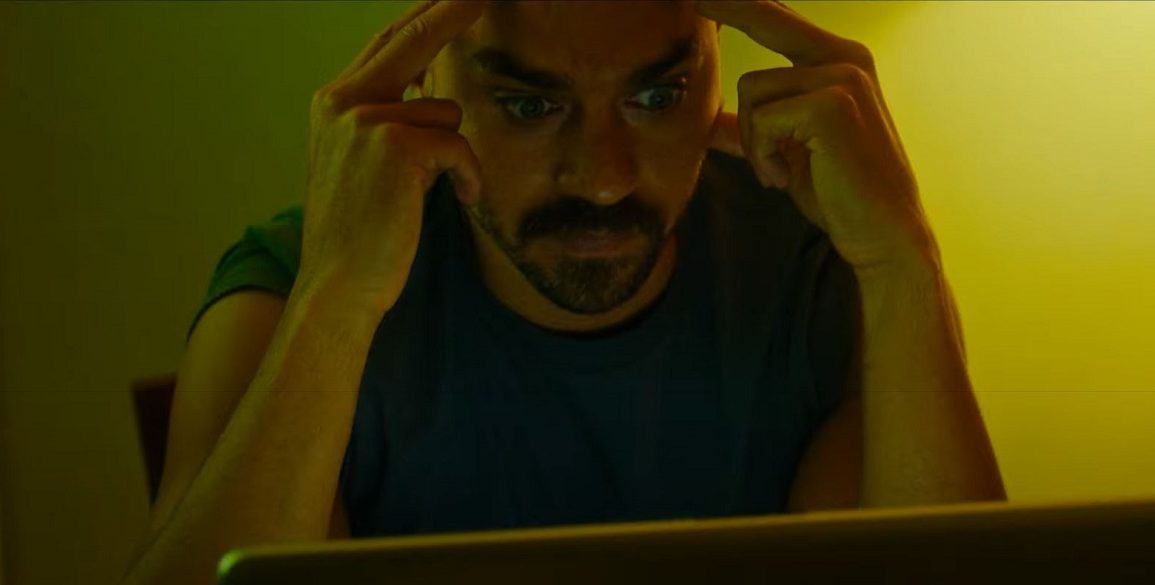 Let’s start off with a big statement here: if you haven’t been pouring over Shudder this year, you’ve been missing out. The horror-centric streaming service has been pumping out film after film after film, in 2020. A lot of what makes them great, is that they give a home to genre films that might get overlooked. Better yet, the majority of them are movies that play to raucous crowds at festivals. One such film, is Jay Baruchel’s Random Acts Of Violence. Which we just so happen to have a trailer for, today.

By the way, this one is a “red band” trailer, folks. So, you might be better served watching this on your phone, in the bathroom, away from the kiddos. But you do you. We won’t judge.

Here’s your nifty handy-dandy official synopsis. Because, again, we like to cover all the bases:

“Comic book creator Todd Walkley (Jesse Williams), his wife Kathy (Jordana Brewster), assistant Aurora (Niamh Wilson) and best friend, Hard Calibre Comics owner Ezra (Jay Baruchel), embark upon a road trip from Toronto to NYC comic con and bad things start to happen—people start getting killed. It soon becomes clear that a crazed fan is using Todd’s “SLASHERMAN” comic as inspiration for the killings and as the bodies pile up, and Todd’s friends and family become victims themselves, Todd will be forced to take artistic responsibility.”

This one seems like it could be a bit of fun. Yes, that might sound like faint praise or feigning excitement, but there’s nothing wrong with a little bit of fun. There are many occassions where all you want is some blood, some humor and a runtime under 2 hours. This will more than likely scratch that itch. You also need to factor in the curiosity factor of Jay Baruchel directing a film. Toss in Jordana Brewster and Jessee Willaims and there’s a film that will go down nicely with a beer or two. Just look at the blood and body count! We’ll all be able to find out, when Random Acts Of Violence premieres on August 20, only on Shudder.