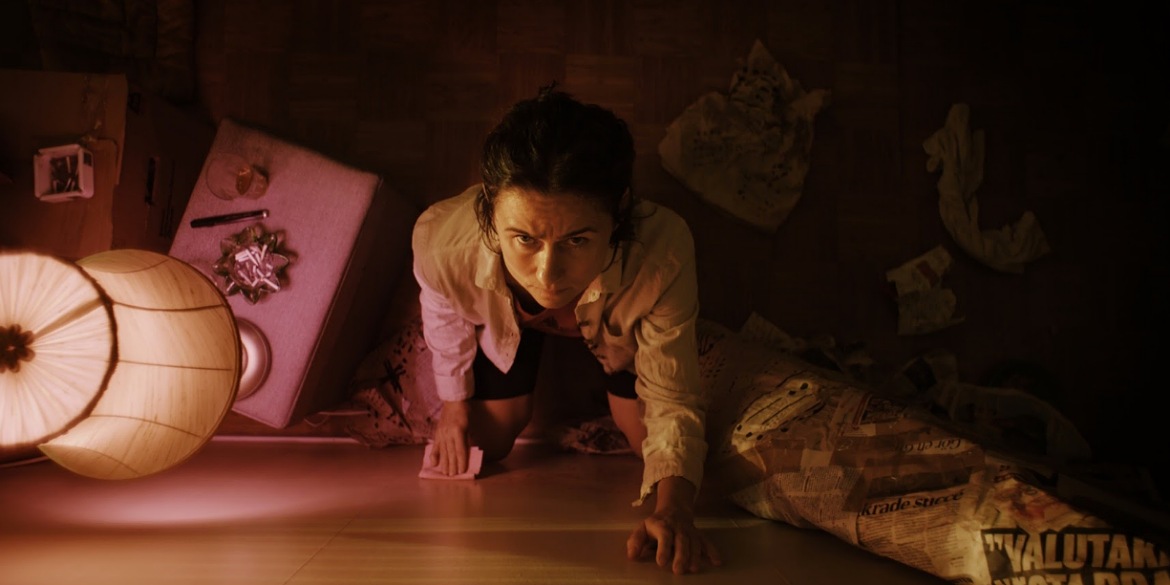 For every movie that comes out of a film festival with good word of mouth, there’s always a waiting period. Either for the negative reviews to roll in a release date to be announced, or some type of trailer to be sent out into the wild. The wait can often seem like an eternity. In the case of Frieda Kempff’s Knocking, it took most of the year after debuting at Sundance (and playing Fantastic Fest soon), but finally, a trailer is here. Turn down the lights and turn down the sound, as it’s time to figure out what that noise is.

Here’s the official synopsis for Knocking:
“After suffering a traumatic incident, Molly (Cecilia Milocco) moves into a new apartment to begin her path to recovery, but it’s not long after her arrival that a series of persistent knocks and screams begin to wake her up at night. Molly’s new life begins to unravel as the screams intensify and no one else in the building believes or is willing to help her.“

At first glance, Knocking has a ton going on. You have a limited cast, limited location, but a maximum amount of suspense. All those elements, mixed with what looks to be a mostly male cast, outside the lead, means there could be a lot going on here. The best part that’s not highlighted by the trailer, is that this sucker is only 78 minutes long. 78 minutes long? For some movies, that’s just the extended into. Runtimes may not necessarily be an indication of quality, but this may be the exception to the rule.

What do you all think? Does Knocking have enough of a hook to intrigue you? Do you prefer your thrillers to be set primarily in a limited number of rooms? Even from just the scant bit of footage, this appears to be the kind of film that will lead to numerous discussions with film friends, for years to come. Find out for yourself when Knocking lands in select theaters on October 8 and On-Demand & Digital starting October 19. Mark your calendar!