Bolt Down The Truck, As It Appears Universal Is Courting Joseph Kosinski To Reboot ‘Twister’ 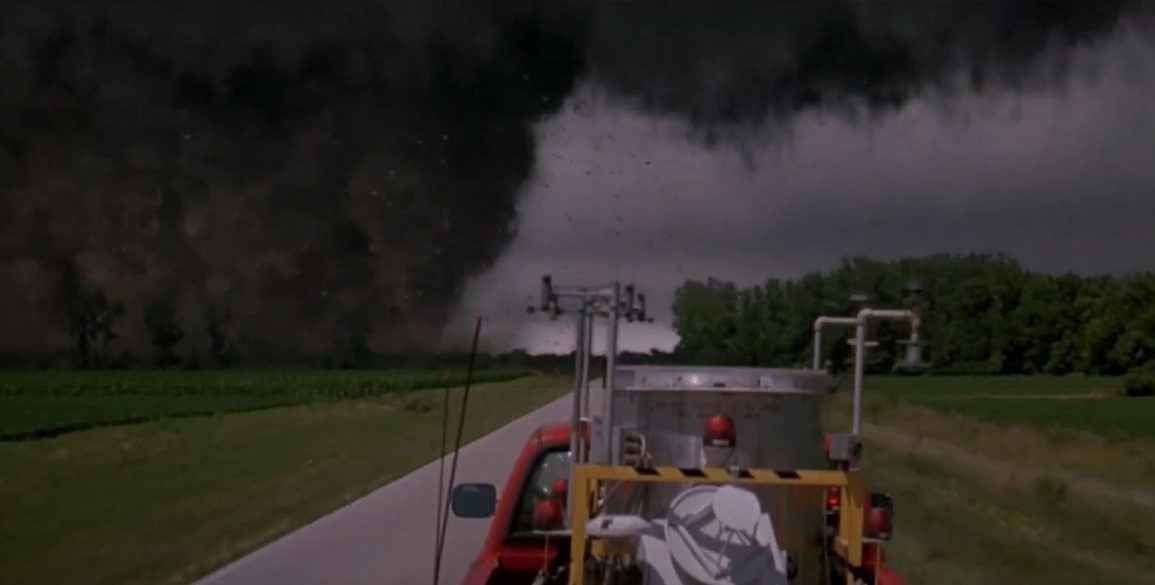 “Reboot” is such a weird word. It’s weightless. Airy even. How does it differentiate itself from remakes? How is it possible to sometimes mean “loose sequel”, as well? Any way you slice it, it’s a marketing ploy for a studio to kick the tires on a known property and make some money. Usually it can be a sign of lacking creativity and taking an easy approach to development. In a year like 2020, where everything’s rife with uncertainty, it seems like a necessity. Which is probably why, to help clean up debris everywhere, a new take on Twister is in development.

Though the piece is exceptionally light on development and details, Variety had the initial scoop, concerning the news. Mostly coming down to two names. The fist is Joseph Kosinski, director of Tron: Legacy and Oblivion. He’s actively being sought out for the director’s chair. It makes sense to choose a visually oriented director for something like this. Kosibski’s been praised for his work on that side, in the past. Downside being that he hasn’t gotten praise for much else. Considering Jan De Bont, who directed the original film, was also noted for his visual flair, it’s a good place to start. That second name happens to be Frank Marshall. Whose wife, Kathleen Kennedy & good friend Steven Spielberg, both produced the 1996 entry.

It may seem a little strange to want to reboot something like Twister, but that’s the name of the game. Any and every existing film is potentially ripe to be rebooted. If the number crunchers should deem it a sound investment. Plus, when you consider “weather-based” films, they don’t get more pure than Twister. In the years since, most natural disasters pictures focus on based on true events stories (The Perfect Storm) or hugely exaggerated events (The Day After Tomorrow). When you think about Sharknado or Hurricane Heist, something more logically scaled back, isn’t too bad. Regardless, this seems like one worth keeping an eye on. A visually compelling and big budgeted disaster epic could be fun. Until then, Kosinski’s latest, Top Gun: Maverick, soars into theaters, around Christmas.