Behold The Goofy, Bloody And Colorful Insanity Of The First Red-Band Trailer (& Poster) For James Gunn’s ‘The Suicide Squad’ 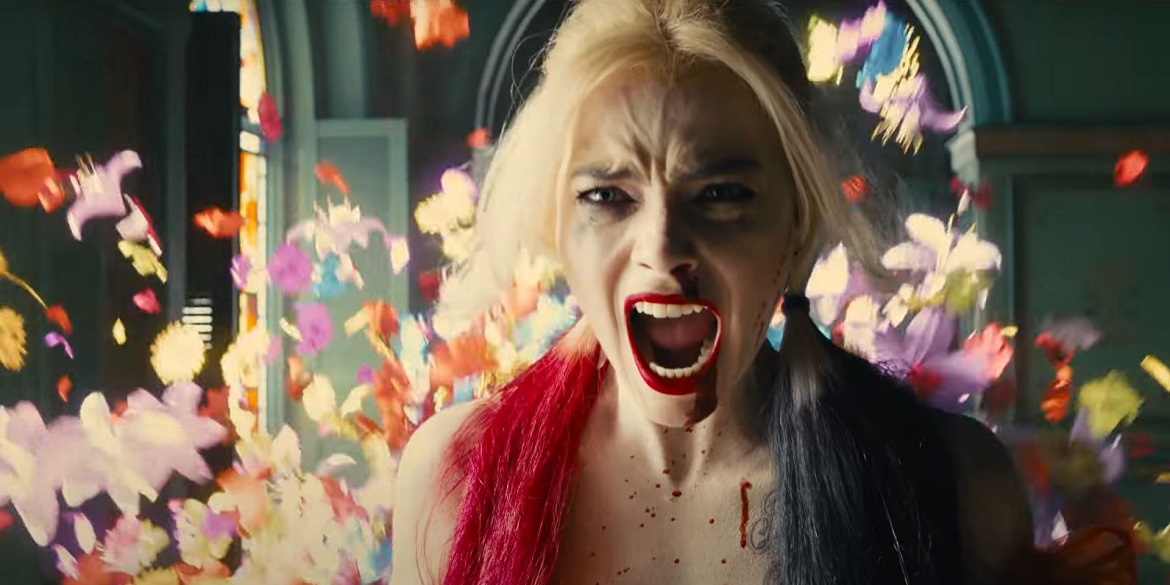 Ever since  it was initially  announced that James Gunn was writing and directing a DC movie, everyone has been waiting with bated breath. Being a true showman, Gunn stirred even more people into a frenzy, as we revealed his line-up of actors. A veritable laundry list of “who’s who” types, ranging from mega-stars, character actors and his own posse of performers. It would be enough to overload a normal person, but then, the world had to wait. Well, wait no longer, and feast your eyes on this glorious bit of inanity. And then watch it again and again and again. It surely won’t lose its luster, as there is a lot to love here. This is The Suicide Squad.

If you though they were going to let loose with plot details this years, here’s the “official synopsis” to snuff that hope out:

“From writer/director James Gunn comes Warner Bros. Pictures’ superhero action adventure “The Suicide Squad,” featuring a collection of the most degenerate delinquents in the DC lineup.”

As for the footage in that trailer, there are three things that obviously standout. Ok, it’s closer to 75 things, but here’s two to focus on. First, is the music choice. Steely Dan’s “Dirty Work”. James Gunn has become synonymous with solid soundtrack construction, thanks to his work on Guardians of the Galaxy vol. 1 & 2. So much so, that he chose the song that ushered that rag tag of heroes onto the screen in Avengers: Infinity Wars. Having the music be as on point here too (and not a slowed down cover song or super somber in tone), definitely sends a message. The “Gunn-ness” extends into the second point, which concers Michael Rooker. More than any other actor, Rooker’s Savant gets almost more screentime than anyone else. That’s ok, seeing as how Gunn uses him in fantastic fashion.

Which brings us to point three and arguably the most important thing. Of course, it goes to King Shark. He’s voiced by Sylvester Stallone. He bites a guys head off. There’s even a very very dramatically lit (and bloody as hell) shot of King Shark just eviscerating someone. Not to mention, there’s also a solid joke thrown in his direction. In a Gunn film, all of those elements are important. So, toss your money down on King Shark to walk away as the potential Drax/Groot-type MVP of this film.

With just a few minutes of footage at our disposal, it’s a little early to herald The Suicide Squad as something utterly amazing or game changing. What this brief look says, is that James Gunn, taking his talents and vision to any studio, might be a recipe for success. At least in theory. Above that, this just looks like a wild and epic and insane comic book movie. Filled with flashes of crazy color and characters people can get behind. This is what a comic book movie should look like. Big, bombastic and potentially very dumb. It’s true that DC is reveling (for the most part) in all the attention that Zack Snyder’s Justice League has been getting. All that changes with this trailer. From here until it’s release date in theaters and on HBO Max, on August 6th, the time in the sun belongs to The Suicide Squad.