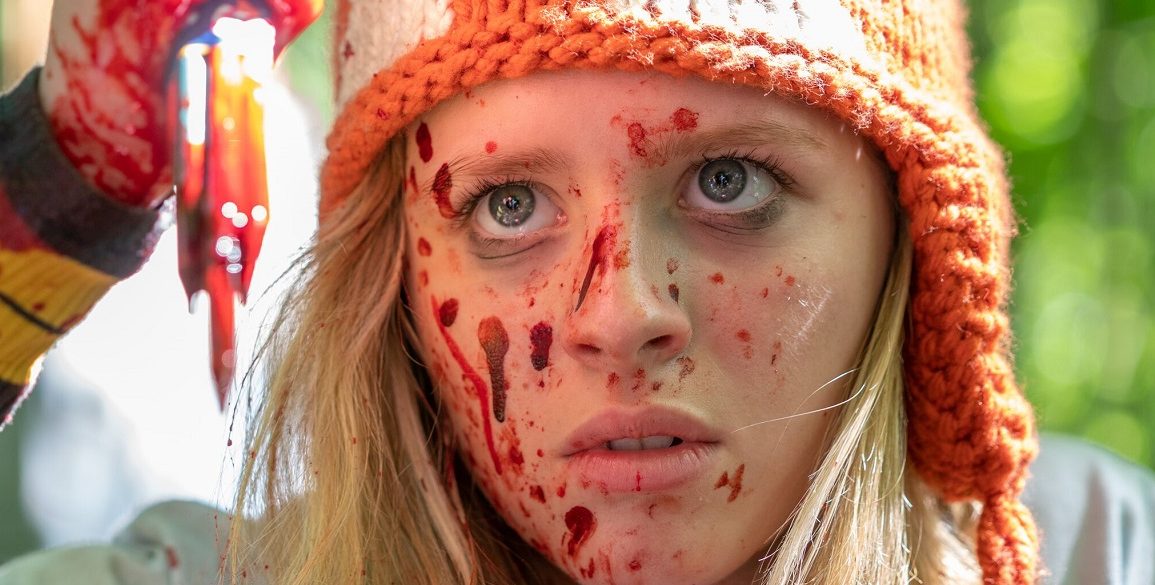 Sometimes actors are typecast early in their career. Other times actors are typecast late in their careers. The new action-thriller Becky is chock-a-block with typecast actors either leaning into or against their perceived personas. Lulu Wilson (Annabelle: Creation), Joel McHale (Community), Kevin James (King of Queens) all fall into that category. Two out of the three make a big impression in this first trailer for the film. You’ll have to watch to guess who it is.

A film like this doesn’t require one, but what the heck, here’s an official synopsis for you:

“Spunky and rebellious, Becky (Lulu Wilson) is brought to a weekend getaway at a lake house by her father Jeff (Joel McHale) in an effort to try to reconnect. The trip immediately takes a turn for the worse when a group of convicts on the run, led by the merciless Dominick (Kevin James), suddenly invade the lake house.”

Several years ago, in the Parks & Rec series finale, it was revealed that Kevin James ended up in a Jason Bourne reboot. Though this is miles away from that, it at least shows the former Paul Blart taking a different approach to thing. It’s just a glimpse, but if he really relishes playing the baddie, this could be a lot of fun. You also have all manner of traps and DIY weapons being used by Becky, with bloody outcomes. Since this comes from the directing duo behind Cooties (Cary Murnion and Jonathan Milott) it makes a lot of sense. That’s it. That sells it. If this trailer didn’t speak to you, might as well mosey along.

If there’s one draw back to this trailer, it’s a reminder that most film festivals aren’t occurring this year. Becky appears to be the quintessential kind of film that plays midnight spots at SXSW, TiFF or Fantastic Fest. The kind of viewing made all the better my a raucous crowd. That usually leads to a giant fanfare, when it makes its way to theaters or VOD. It looks like this time, we’ll just have to be excited by the prospect promised in the trailer. Grab your bloody magic markers and make sure to circle June 5th, when Becky makes its way onto every VOD platform imaginable.

Review: ‘Summer of 84’ Buckles Under The Weight Of Nostalgia